How I Learned Chinese

Many people may be expecting an answer like, at Beijing Language College or Shanghai Foreign Language University. I tell them that I learned most of it from my friends and colleagues and practice it on everyone I meet. Which is true, though some of my friends have definitely taken on a teacher role for a month or year at a time and that is how I really learned. I have also taken a few classes at language training centers these last couple years, some proving more beneficial than others.

Sadly in high school and college I never took to languages like I did in China. It was because in high school I didn’t have a need to learn any languages and I was more interested in subjects like writing and calculus than I was in Spanish.

My high school Spanish teacher is easily one of the best teachers I’ve ever had though and I did enjoy Spanish class a lot, but it was because of who my teacher was, not because I loved Spanish. Now that I have some friends who speak Spanish though, I’ve started trying to learn Spanish again.

I first stared learning Chinese while listening to Pimsleur Chinese CDs at work on Buffalo Hills Tree Farm while riding around on a tractor. There were only ten lessons, I just listened and repeated. I have a Chinese friend who lives in my neighborhood back in Buffalo who I took a few classes with as well. Those were my first tastes of Chinese. At this time I was just focused on learning the basics so that when I arrived in China I didn’t come off as a bum.

I also had a small Chinese phrasebook (Mandarin Chinese At a Glance) that I used to start learning pinyin, the Chinese equivalent of an alphabet, and thankfully pinyin has no kooky irregularities as there are in English. Because pinyin is not as complex as the English alphabet, one can learn it in a few weeks whereas even a native speaker of English may butcher new English vocabulary since the English rules of pronunciation are so odd.

Upon landing in China, we had a few Chinese classes at the Maryknoll orientation in Hong Kong where we learned the characters for man and woman so we wouldn’t go into the wrong bathroom. We then learned the ever-useful phrase:

一个这个 yī gè zhè gè (ee guh juh guh)
This means “one of these” as in “I’ll have one of these cinnamon rolls”.

I still use this phrase a lot as it is very useful when ordering food or selecting something.

Upon arrival I met some teacher assistants who are still some of my closest Chinese friends today. Being a true gentleman, one of them, named Keen, offered to come to my house once a week to teach me.

The phrases I learned from him included:

As I learned from my teacher I kept asking about things I wanted to know how to say: how to order some good food I had tried, how to count, directions, and place names like the name of our university or the crusty restaurant down the street I frequented (Note: Do not bring your mother to crusty restaurants on her first trip to China).

I started to use my new vocabulary the same day I learned it while on my forages around the city. I would try to talk with taxi drivers, waiters, masseuses, bosses of different shops, and so on. At first I mainly didn’t understand what they were saying, but most conversations seemed to follow the same patterns which I eventually was able to pick out:

That is the gist of what a basic conversation looks like, topics that are covered first include marital status, income, and nationality. It is not taboo to ask these questions right after meeting someone in China, or at least it would seem that way sometimes. 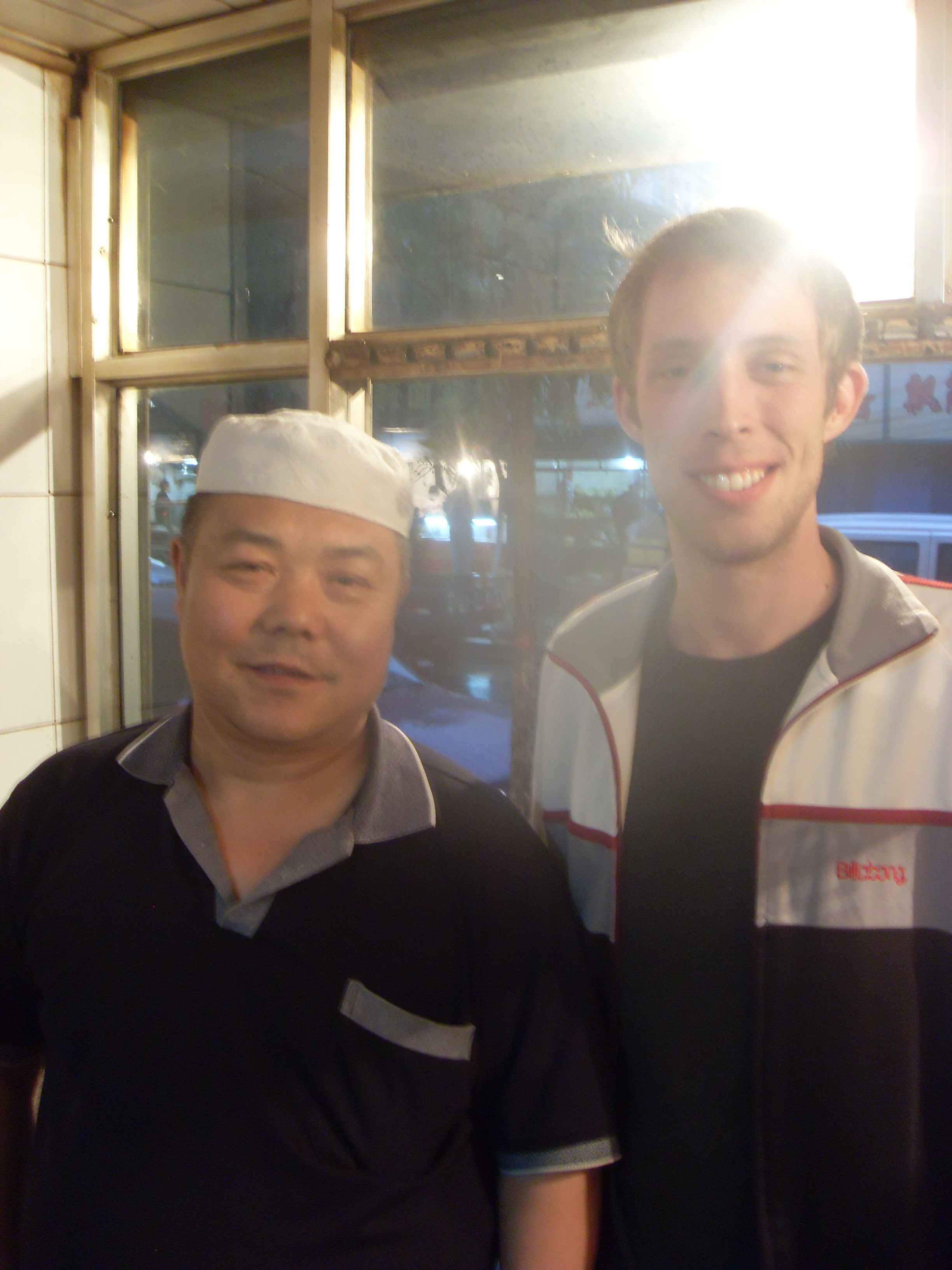 The First Year in China

After being in China for seven months and brokenly communicating with locals I was able to get around fairly well even though half the people I talked to still couldn’t understand probably a quarter of what I said.

It was around this time that I decided to stay in China a second year and that I should get a Chinese teacher who would be able to teach me for the long term (my friend had gotten busy in the previous months and was unable to teach me each week).

My fellow American friends had been taking Chinese lessons from a Taiwanese woman for a few months and so I decided to see if she could take me on. She became my Chinese teacher for the next two years, and also my good friend. I learned to read Chinese and built up my vocabulary by reading a copy of Jack and the Beanstalk which I found lying on the sidewalk one day.

Class was very simple. I tried to say things in order to communicate with her and when I couldn’t, she would tell me how to say it. When I said it poorly, she would correct me. That’s it. I learned to speak about a lot of different topics in this way and my fluency increased rapidly. I continued to speak with locals and went out on a lot of dates with girls who couldn’t speak English.

One key to my success was that I became curious about the meanings of each character. Seeing those cryptic characters scrawled on the sides of buildings was like looking at a code which I felt I needed to solve for the betterment of society. Society as a whole is better off when people do more sweet things like learn a language or attend a Jerry Seinfeld stand up show live. The other key, obviously, was wanting to talk with the ladies.

At the end of my third year in China I was able to read a lot of the signs around me, names of places, and foods. I was also able to converse fairly fluently. It was at this time that a Chinese reporter wrote an article about my Chinese language skills as I was the first foreigner she had met who could speak decent Chinese. She did sort of add her own twist to the article about me being a Chinese culture and history buff, but it basically tells how I learned Chinese, which you now know. Here’s an English translation of the article.

Over the next two years, my comfort with the language increased a lot. This was primarily due to my job working in China as a cultural liaison (a combination of translator, interpreter and English teacher within a company).

I am now able to listen to conversations at high speeds in various accents on different topics like electrical engineering and part numbering conventions. At work I hear a lot of  terms related to manufacturing and rotary garter specs, so my comfort in this area has increased. However it is still difficult to talk about abstract ideas related to improving business processes that come up at work. 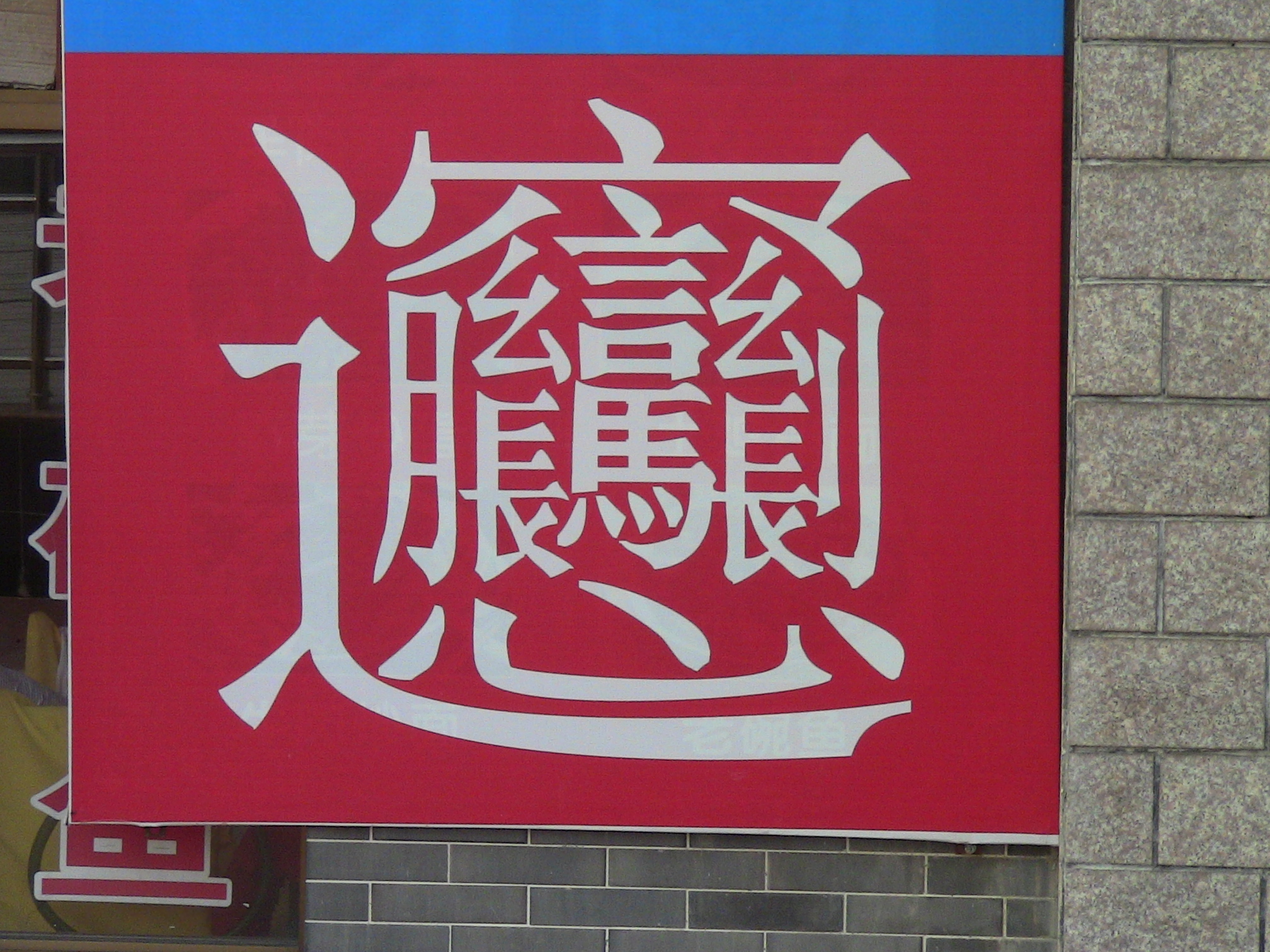 High-level Chinese char used in the name of a noodle dish.

I’ve been working on improving my listening so that I can watch TV and understand everything I hear. I will watch a movie, pause and write down new words as they come up, but it is sad to write down forty new words and then see that I am still only five minutes into the movie.

I am pretty sure there are five times as many words in use in the Chinese vocabulary compared to that of English. And learning 3,000 characters is not nearly enough, nor are 10,000 characters. It is the hundreds of thousands of words, idioms, and advertisements heard on TV which they make up that is the real challenge.

The tones were also not a problem after a year or so of study, and the second big challenge of learning Chinese is that there are only a small percentage of the sounds compared to that of English, making the language highly contextual. 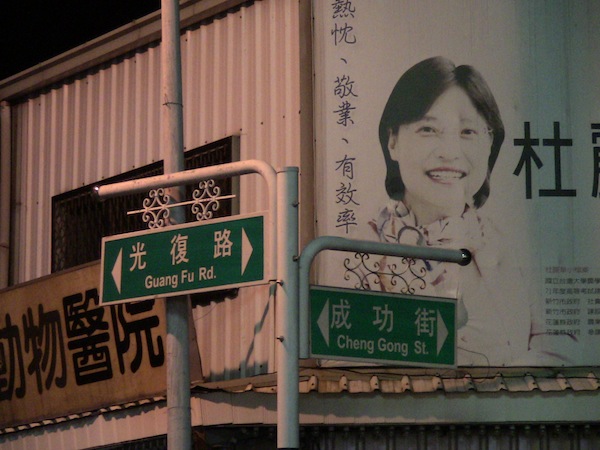 When hearing a person say this word for the first time, one must think of all the characters that sound like “li” and all the characters that sound like “pu”. Which ones are they? Thankfully 离 is one of the only common second-tone charters that sounds like “li”. But which “pu” is it? Is it 普，扑，铺，or 浦? Or maybe the speaker doesn’t differentiate between “p” and “b” sounds as many speakers in different areas of China don’t, like many Cantonese speakers don’t differentiate between “l” and “n”.

So one must also consider characters that sound like the third-tone “bu”: 捕, 补, or maybe a less-common “bǔ” that one hasn’t learned yet. As you can see, stopping a conversation every time a new word like this comes up is not a very effective way to learn.

Despite all this, I still love learning this language. Maybe I like it because it is like a code to crack, similar to a good calculus proof. And having said the above, getting started in Chinese is not as difficult as one would guess. With good materials, time, and a good teacher, one could learn the basics in a few months.