Last weekend some friends and I rented a car again and drove to a kayaking club called Coastlines Kayaking.The kayaking club is located on an island south of Hangzhou, the capital of Zhejiang province and one of China’s biggest cities. The island is on the Fuchun River and belongs to Fuyang city which is under Hangzhou jurisdiction.

How To Get To Coastlines Kayaking From Jiaxing

We took the G60 expressway which runs from Jiaxing south past Hangzhou, where we then merged onto the G25 which brought us down to Fuyang. The G stands for guo 国 meaning “country”, thus referring to an interstate. There is also an S – – flavor of road which stands for sheng 省 meaning province. China’s system of expressways recently became the longest in the world with a total of 85,000 kilometers according to Wikipedia on the date this post was published. Unfortunately (or fortunately, in my selfish case) the expressways in China are fairly empty due to the high toll costs. However, there was a fair amount of traffic outside of Hangzhou, but as we entered the mountainous area south of Hangzhou, the cars mostly disappeared. We paid 75 RMB or about $12 after an hour and a half of driving on the freeway from Jiaxing.

Coastlines Kayaking was founded by Nick Dong, who was also our guide for the day. He was very friendly and a true nature enthusiast, which is rare outside of top tier cities in China. Nick opened the kayaking club after taking an interest in kayaking several years ago. He realized his home island was a good setting for a kayaking club and so enlisted his friends and family to help him build the kayaking club (which seems to be doing very well). The club is located on an island in the middle of the Fuchun Jiang (富春江). 江 means river and 富春 means “rich spring”. 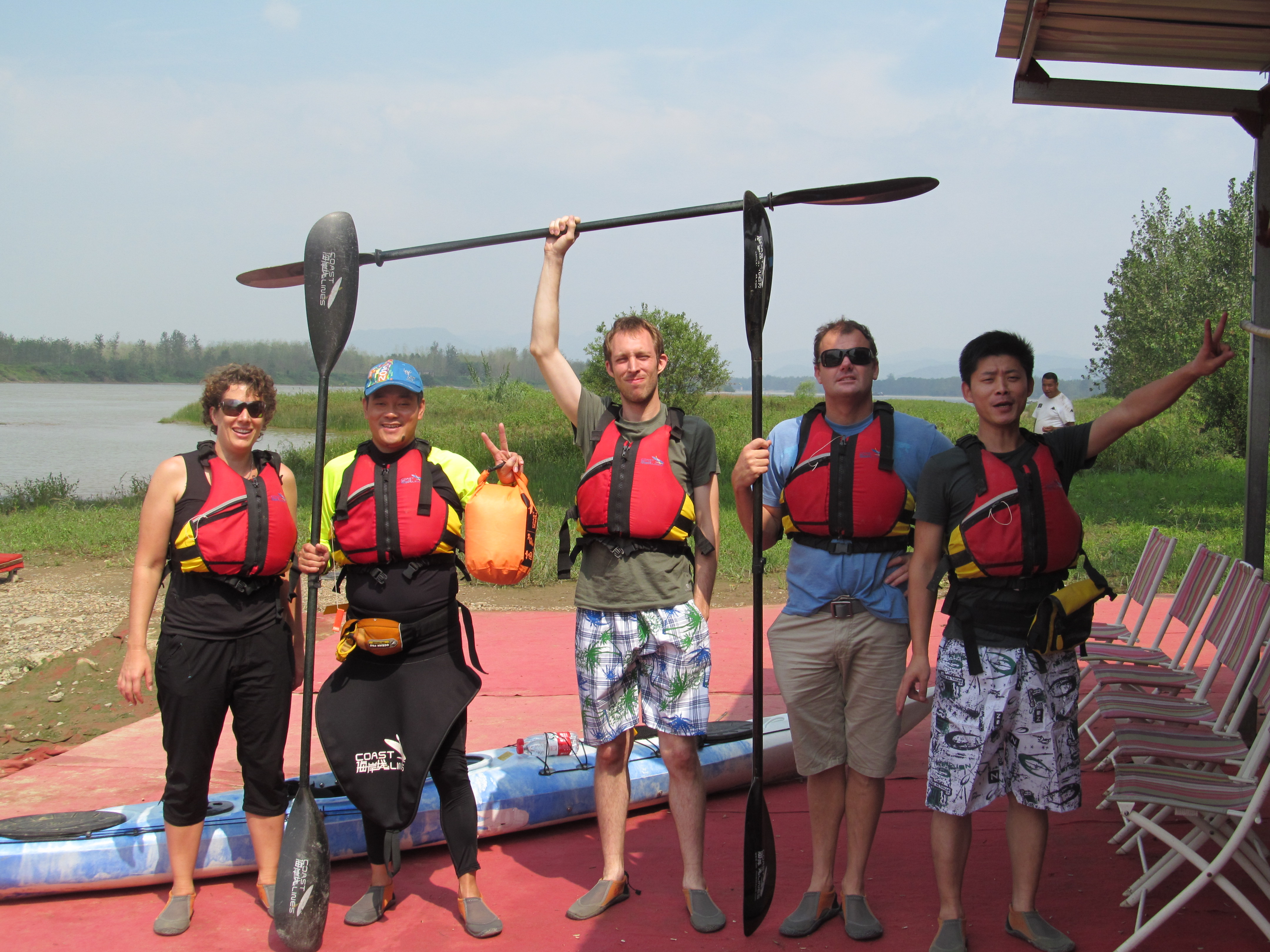 The 8-kilometer paddle around the island is a perfect look at the epitome of modern China: villages undergoing their own industrial revolution as they change into developed towns and cities. Villages that a few years ago may not have had electricity are now using bulldozers to literally clear away the surrounding hills. 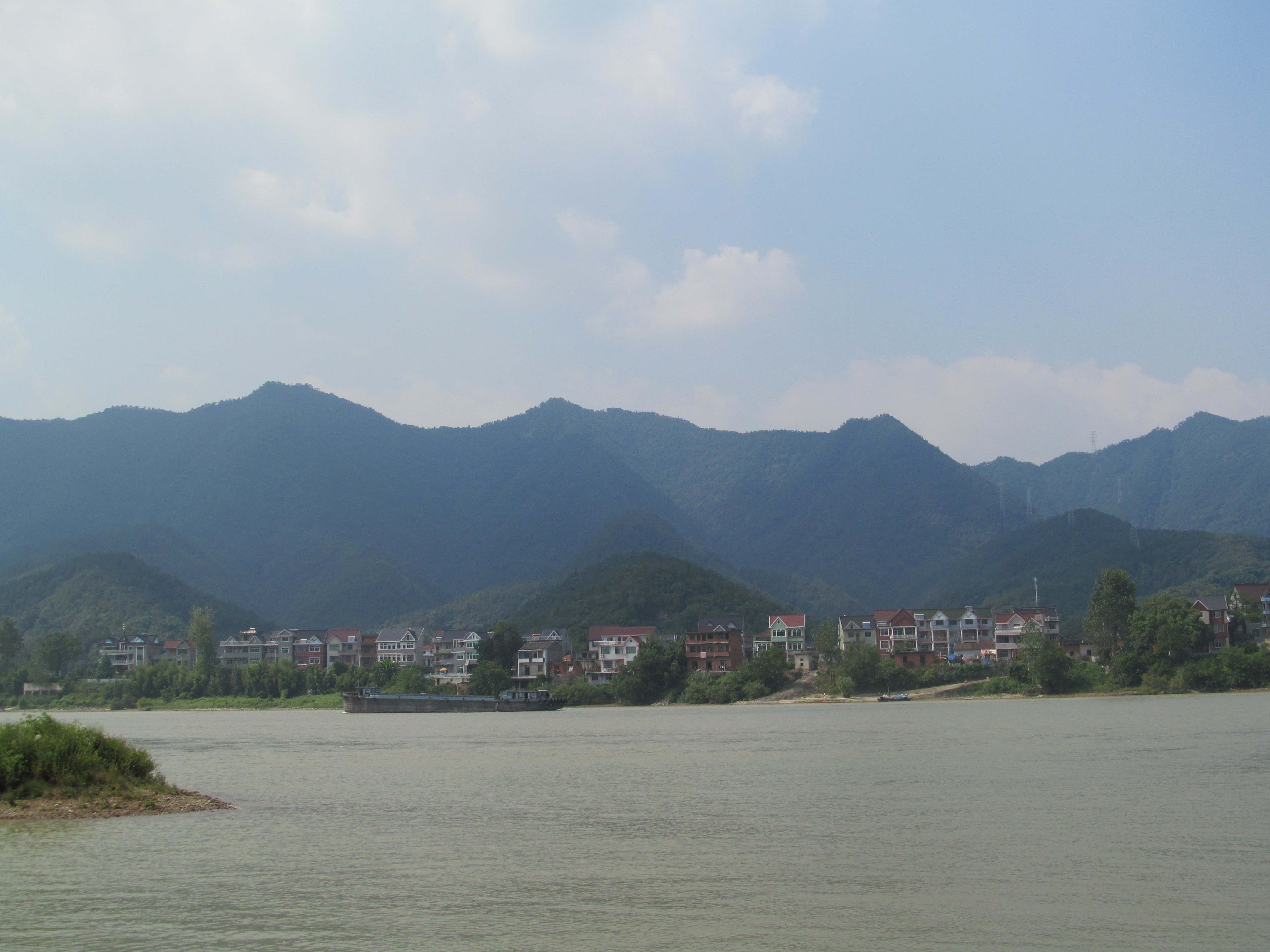 The next morning, after staying the night at a Coastlines guest house which had just been remodeled for guests, we paid our money (260 per person to kayak and 150 per bedroom) and said farewell. We next drove an hour further south to Qiandao Hu (千岛湖) which means “thousand island lake”.

Qiandao Hu is free of tourists once you get away from the carnival attractions in the central town of Chunan (淳安). We drove along the northwest side of the lake on what seemed like a brand new road which encircles the entire lake-at least a few hundred kilometers. We were able to stop and take pictures, and my friends remarked that it made them feel like they were back home in New Zealand. I was also happy to admit that this was one of the first scenic places I’ve been in Zhejiang that was almost completely free of other people and habitation. Having a license and a car is what made all of this possible as having to take a bus would cost hours and hours of time. Qiandao Hu is an easy 3 hour ride from Jiaxing.

We had been skirting the northwest side of the lake when my Kiwi friends remarked that according to the map it would take almost the same amount of time to drive from the road we were already on to an expressway in Anhui province, which we were now nearing the border of, as it would to drive back the way we had come. We continued our drive through the mountains and villages, leaving the lake and heading southwest. There were no tourists out here and it was the sort of China one dreams about stumbling upon. On the road we stopped at two gas stations that were out of gas before finding a third one that had some so that we could continue our journey.

The ride from neighboring Anhui province back to Zhejiang on the G3 expressway took one hour. As with the G25, there were very few cars on the G3 back up to Huangshan city. We merged onto the G56 which runs from Yunnan Province near Myanmar to Hangzhou. This road was a bit more crowded than some of the other expressways, but not too bad. We passed a lot of tall mountains including the tallest in the area, Qing Liang Feng (清凉峰). I hope to be able to get back to it in the coming months for a hike.

At night we stopped in Hangzhou for some burgers at an American bar/restaurant called Eudora Station. If you’ll remember, authentic Western food is tough to come by in many third tier cities like Jiaxing so it was the perfect end to the day. My Chinese friend, had never had a real hamburger before, nor been kayaking before, nor taken many road trips, so this was a weekend of many firsts for him. All of which I believe he enjoyed.