On the second day of shooting we planned to film all scenes with the main character and Bill, a middle aged Australian, working as an English teacher in China. The shoot consisted of three different locations: the classroom from the previous day, some neighborhoods near the center of the old city, and some shots in Bill’s own bar (by coincidence, the actor and character share the same first name). 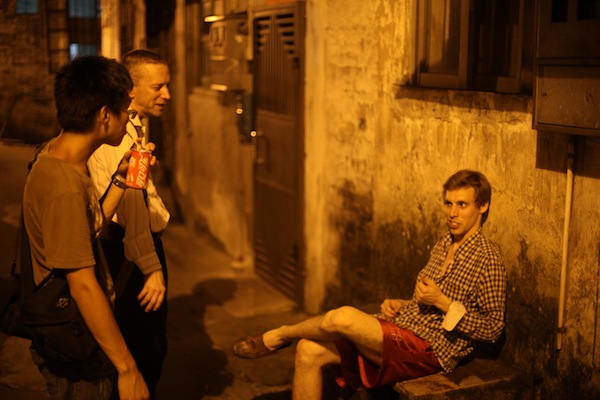 We managed to shoot the classroom scenes after Bill finished work at 6:00 pm but before it got too dark out (if you’ll remember, the previous day’s classroom scene took place in the late afternoon). Bill was perfect in the role, with just the right amount of stubble on his face and a look in his eye. 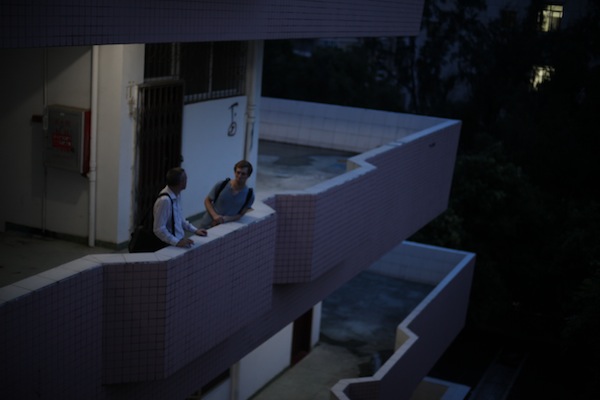 After the classroom scene,  our driver (a friend of mine was also our boom operator) drove us to the center of the old city where we shot in back alleys among century-old architecture. These shots were hard to do with the Canon Mark II camera and boom mic pole as most of the shots were tracking shots of the actors from the front. The camera has a large sensor and I was using a 50mm lens (which meant I needed to be close to the actors to get a midrange shot or close up), thus it was hard to keep the actors in focus while moving. Another challenge was making sure the camera rig’s shadow was not on the actors, which happens depending on the lighting and angles. The third challenge was getting enough takes without passersby walking into the shots or whispering in Chinese “他们在干嘛？(What are they doing?)”. 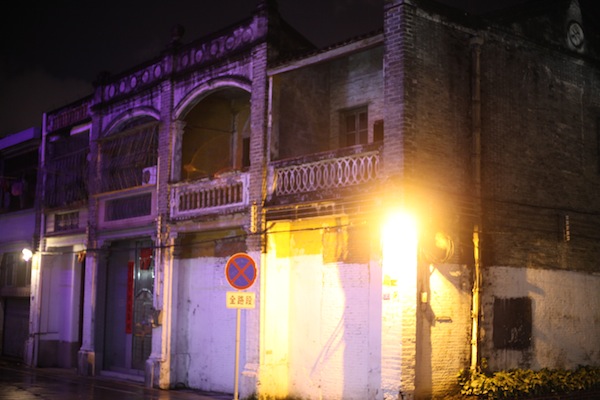 Since we did not have a proper shotgun mic mount, we made one out of some Velcro ties and were able to get the shock mount put on the camera rig and slide the mic into it. Since we did not have a shorter XLR cable, I threw the 4-meter long cable in my backpack and wore that as I filmed with the headphones on. It was really hot, and a lot to keep track of–normally there is a director of photography, boom operator, grip, gaffer, and director handling all the jobs I was doing at once. 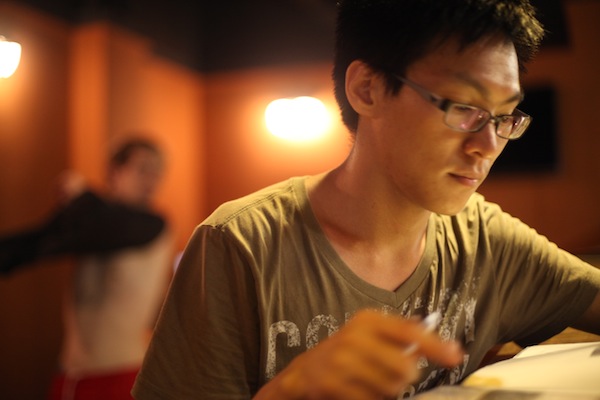 Bill and my brother did a great job rehearsing their lines in the car and during breaks, getting into character. One thing we did not have the luxury of was time. Sophia Coppola, director of Lost In Translation, in her film, Somewhere, talks about how she got her actors ready for their parts. She had the father and daughter roles hang out together before shooting: playing, going out to eat, picking up the little girl from school, etc. This was done so that the two actors would seem like a real father and daughter. Allowed this much time and freedom it would have been helpful to have Bill and my brother grab a milk tea for real and chat.

In filming Lord of the Rings, changes were made to the script daily, some of it owing to the actors changing dialogue during read-throughs to make it more natural for them, while also trying to stay true to Tolkien and make a high quality film. This kind of constant reworking of the script is crucial to a film’s success.

After filming around the old part of the city, we filmed a few sequences in Bill’s bar depicting the main character and Bill sharing a moment of mutual understanding. Bill’s son crawled up onto the bar a few times during shooting and the extras talked to him in Cantonese. 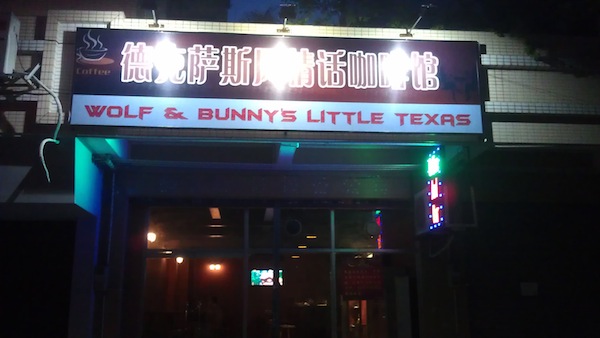 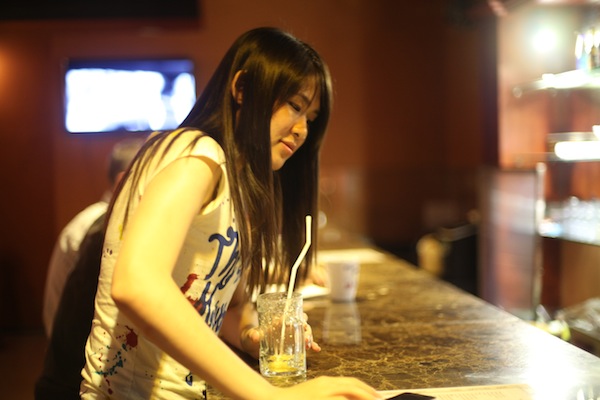 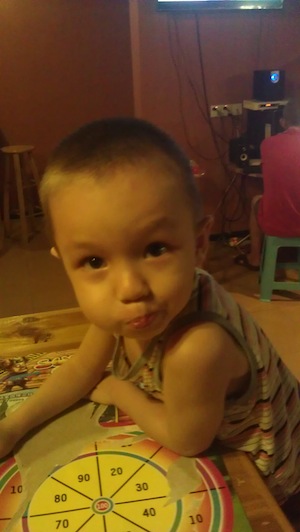 We finished filming around midnight and celebrated with some 潮汕螃蟹粥 (Chaoshan Crab and Shrimp Porridge).

Please leave a comment if you have any questions or thoughts!