With my new job, came a new apartment and living situation. Yitsen’s mom, Jinhuan, also known as Ama (Taiwanese for “grandma”), lived with me half the time. I had never envisioned myself with a seventy-five year old Chinese lady for a roommate, but it was now my reality. Ama frequently cooked Chinese food for dinner. There were many nights where the two of us sat around the living room coffee table (never the dining room table) on black couches, supping on fried cabbage and fish, with watermelon or mango for dessert.

Sometimes we chatted and other times we ate in silence. When talking about work once, she said, “Only when you go all out in your work will you win” (愛拼才會贏). Sometimes she said, “Good people associate with good people and their lives get better and better; bad people associate with bad people and their lives get worse and worse,” and “Men are simple, women are complicated.” I didn’t know how accurate any of these pithy statements were, but working hard made sense.

Ama had studied how to divine a person’s destiny using the ancient Chinese astrology method called The Four Pillars of Destiny or “Ba Zi” (eight characters, 八字). The method uses a person’s birth date and time of day to understand a person’s life. I don’t remember all of what Ama told me, except that my brothers and I got along very well, which is true.

Ama and I hung out a lot. During the time we lived together, we attended tai chi class twice a week, held parties, went on many excursions, visited her home in Jiayi, in southern Taiwan, and studied calligraphy. Below are some pictures from these events. 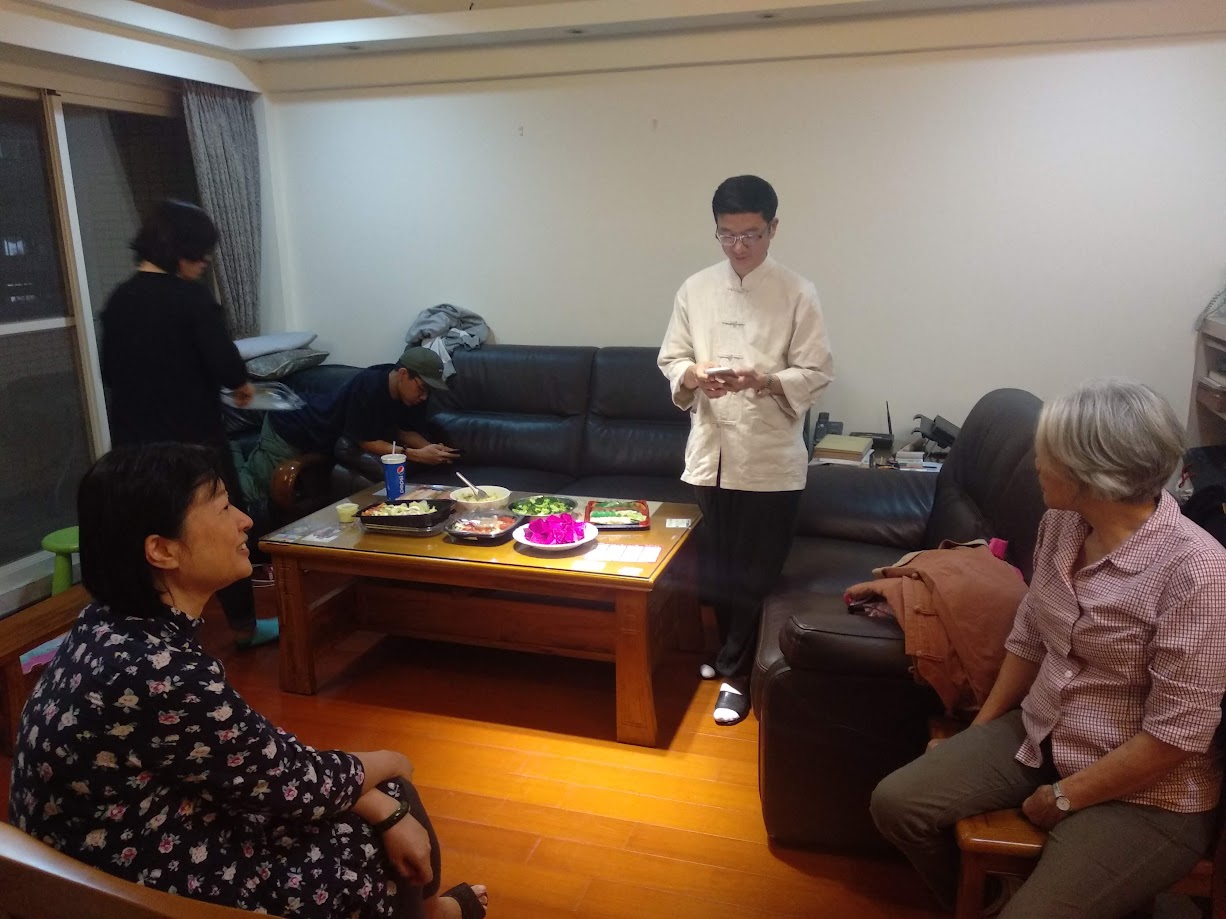 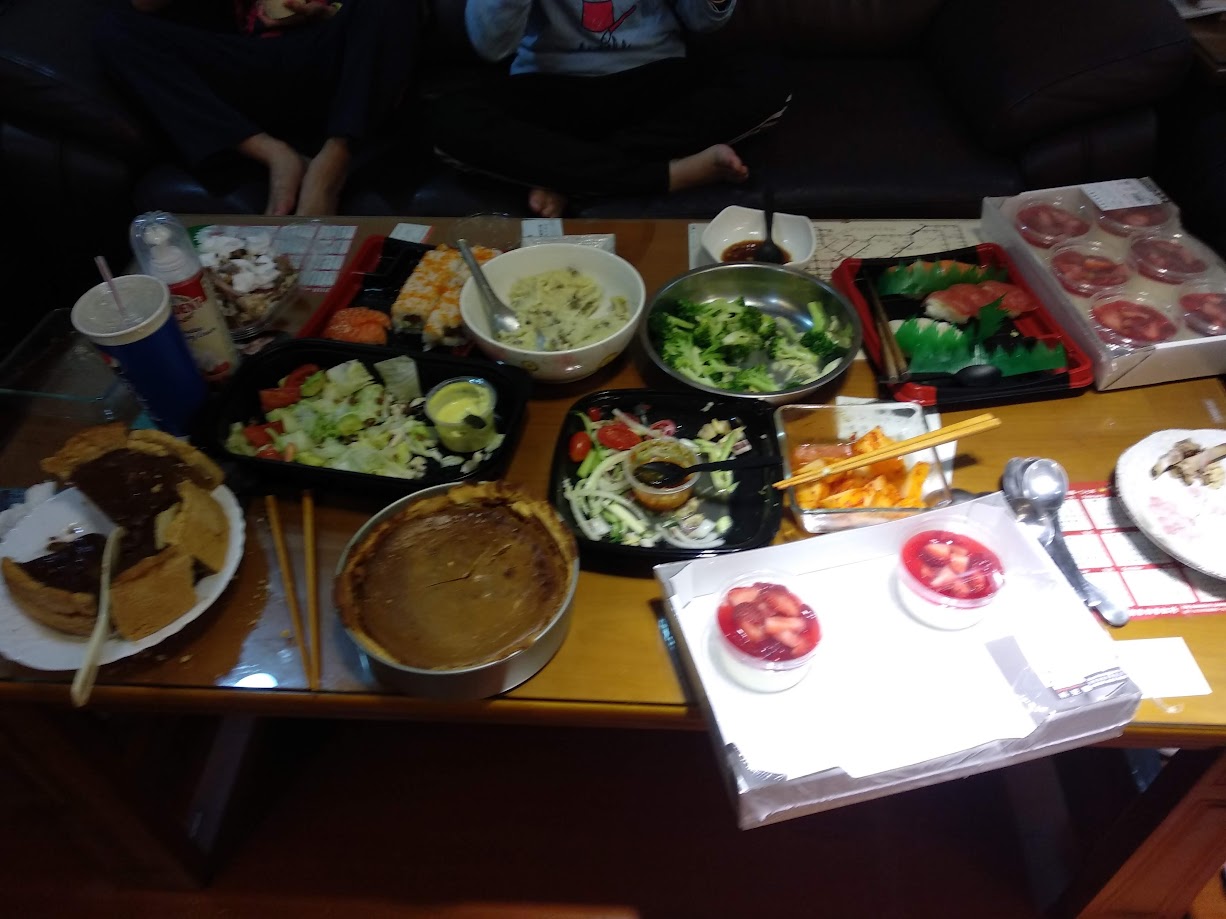 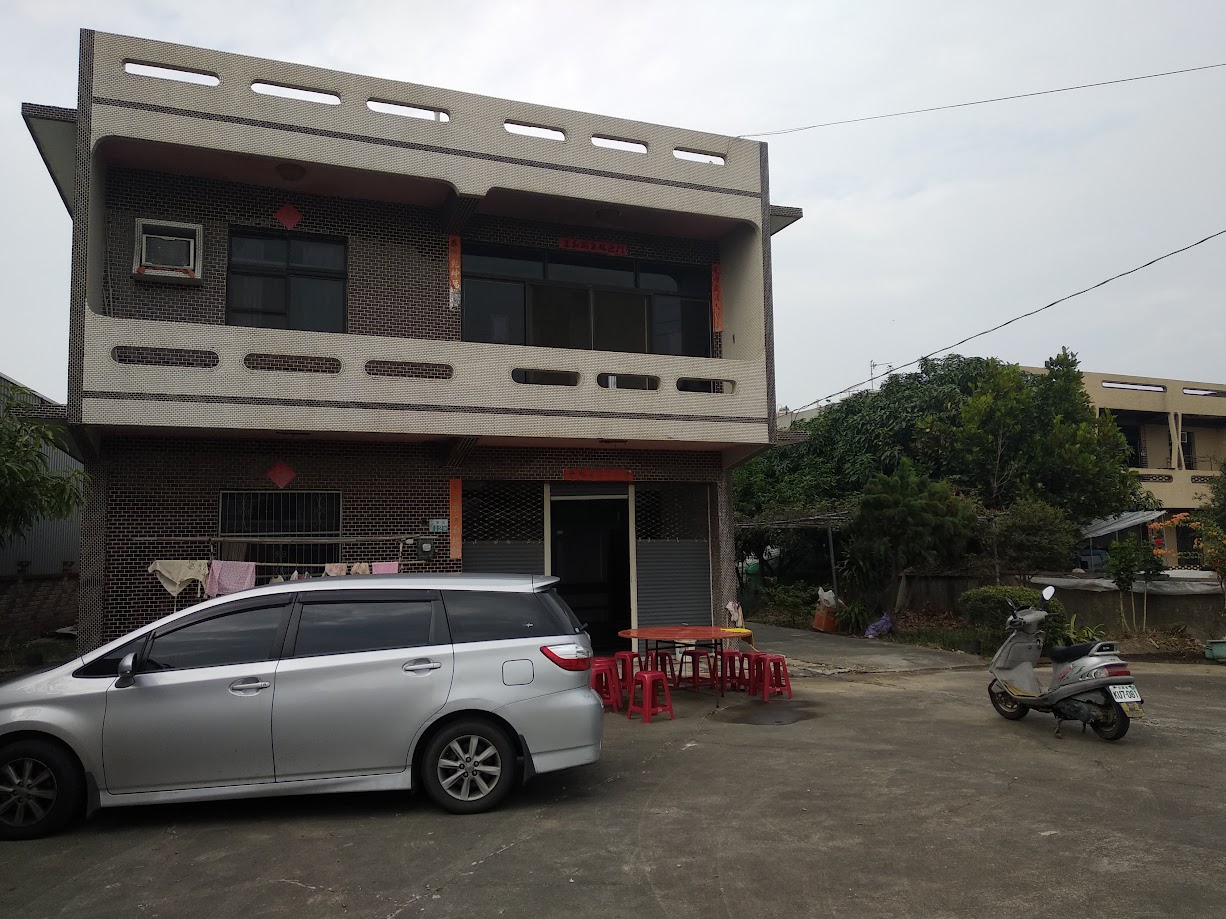 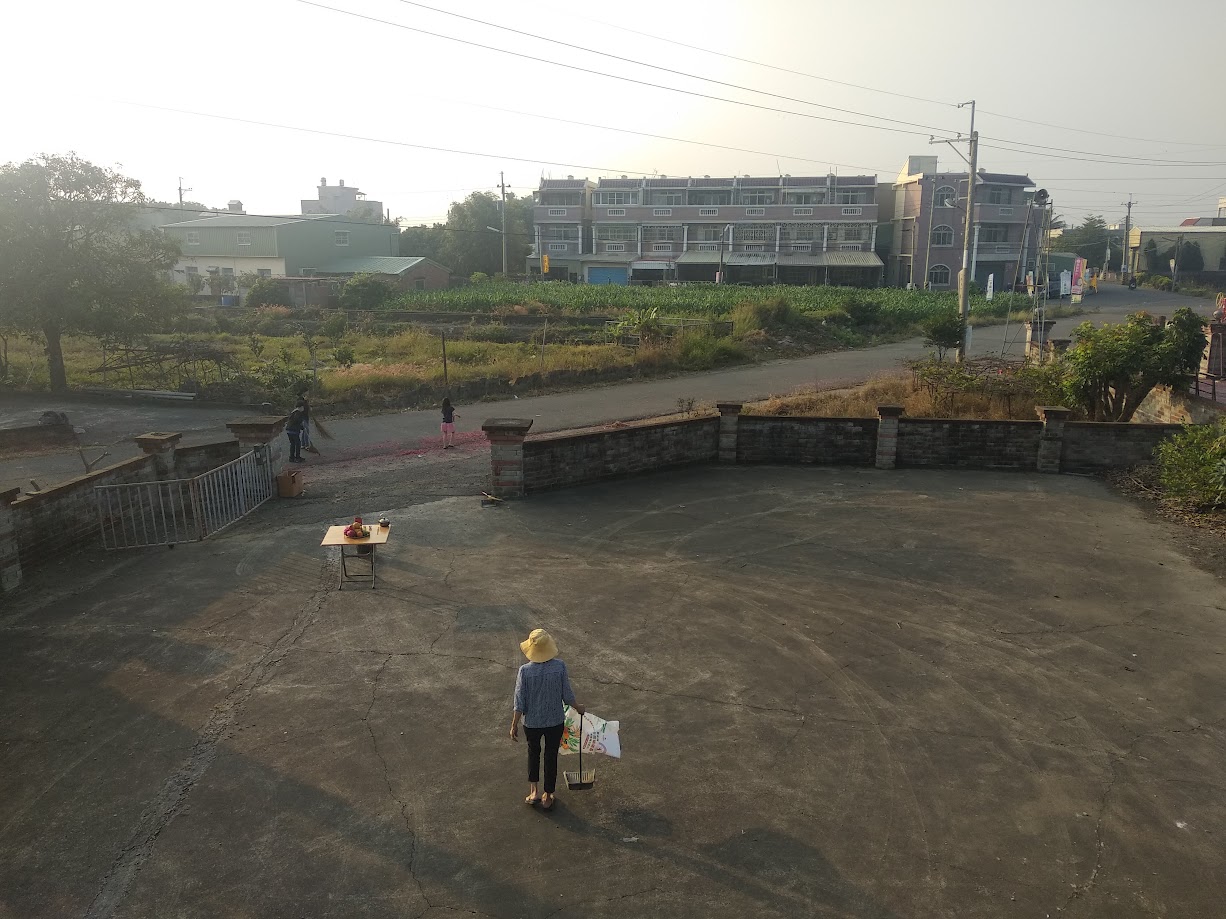 Shortly after I moved to Xinzhuang and started working at Akasa, Ama took me to a dinner with her tai chi classmates. The classmates ranged in age from late forties to mid seventies. I was the youngest one by far. The class’s teacher was named Coach Xie and I liked him immediately. I remember on our first meeting he wore a white Tang-suit, which is a loose-fitting jacket with frog buttons and a Mandarin collar. He had a very calm and welcoming presence. Everyone invited me to join their class and so I did.

Tai chi is a soft Chinese martial art focused on health benefits, meditation, and defense training. When practiced, it looks much like a slow version of kung fu. Each movement flows into the next, creating a relaxed, tranquil state.

Twice a week, I took the bus to Banqiao, a densely populated district on the southeast edge of Taipei. We did tai chi outside of a stadium, and on nights when it was cold in the winter, we simply held class in the large entry area of the stadium.

At the beginning of each class, we did stretches to warm up. One stretch, I had seen numerous times throughout my life in Asia: twisting the torso back and forth and letting the arms flail about, the open palms coming up and slapping the opposite shoulder and the other hand hitting the lower back. Another stretch was holding the arms straight out to the left and right, one hand palm up, one hand palm down, and then twisting the palms up and down at the same time. The stretches and warm up were not strenuous like those from high school gym class, they were lighter and I never felt strained doing them.

At the end of each set of movements, the class would form a circle and coach Xie would stand in the middle, teaching us. He often borrowed one of us in order to demonstrate his points. This person was often me. “Be aware of the power of your intention while doing tai chi,” he would say.  We would do a push hands routine, which is an internal Chinese martial art where two people push against one another. “Try pushing me like you would casually open a door,” he instructed. I pushed, but he didn’t move. “Now try it while looking at me in the eyes, with intention.” Surprisingly, he moved back.

Below is a video showing the various tai chi forms.

Over the two years that I attended tai chi class, we had several dinners and excursions together. Peep the videos and pictures below for a closer look at these trips. 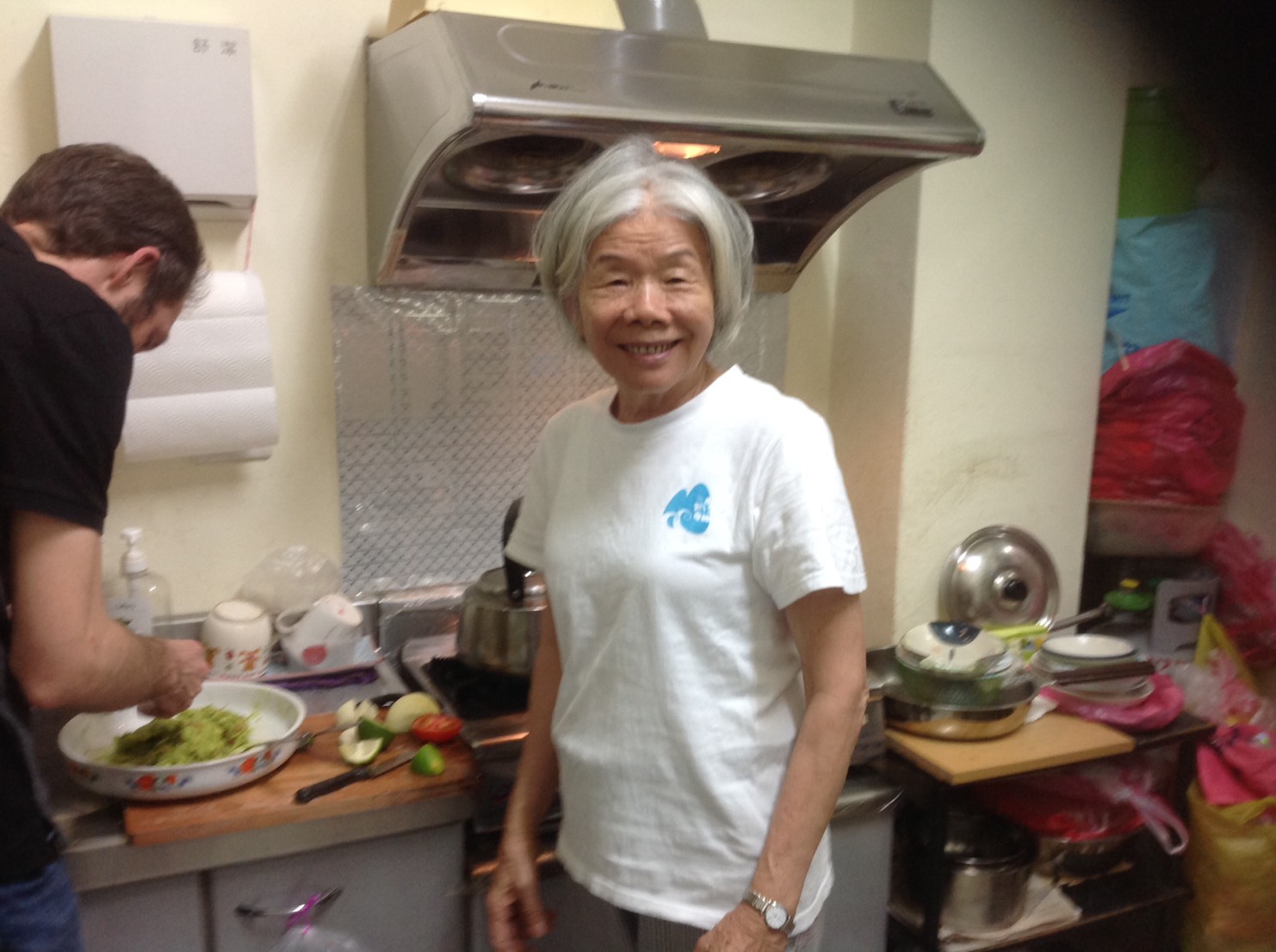 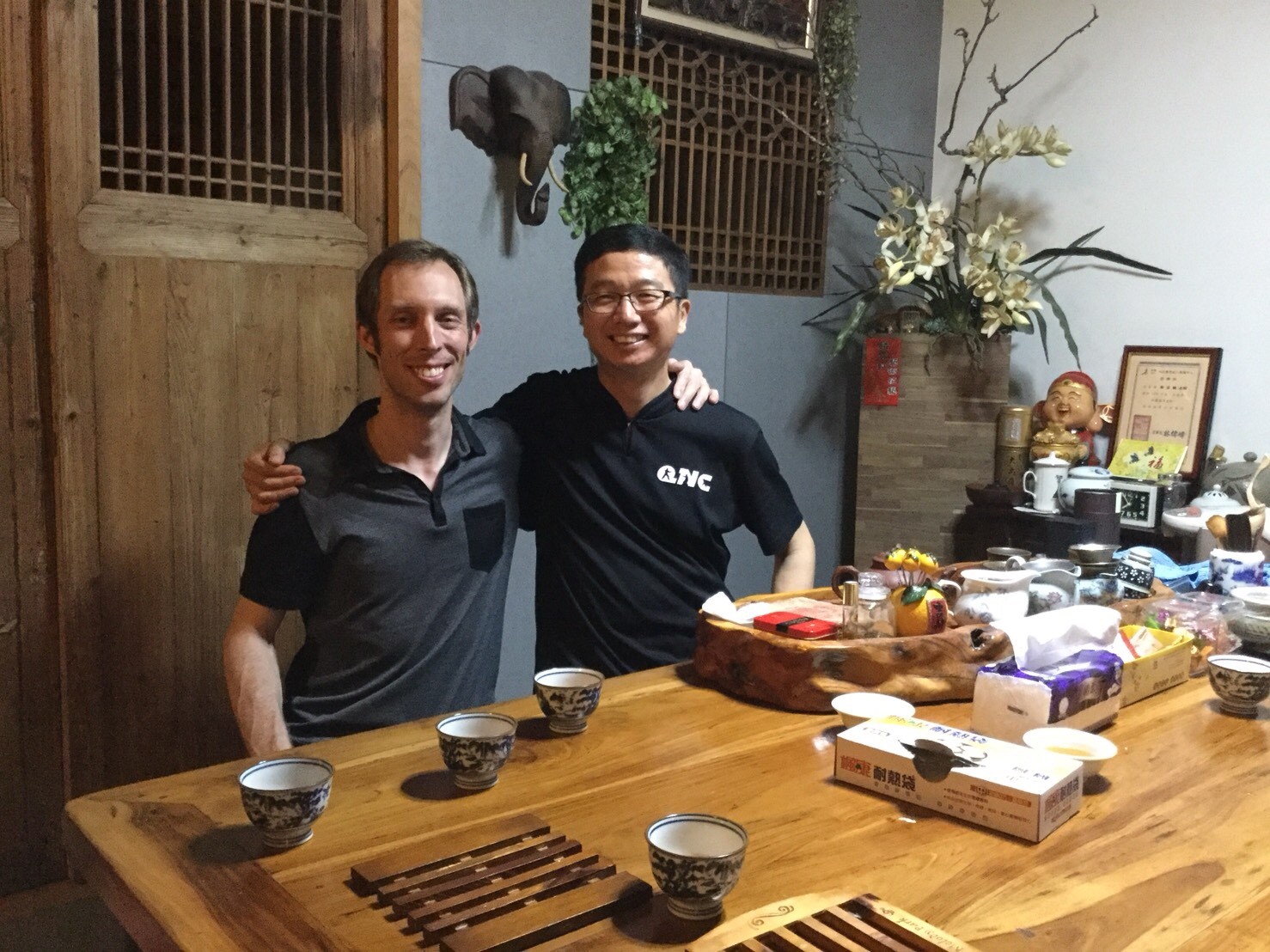 Coach Xie and I 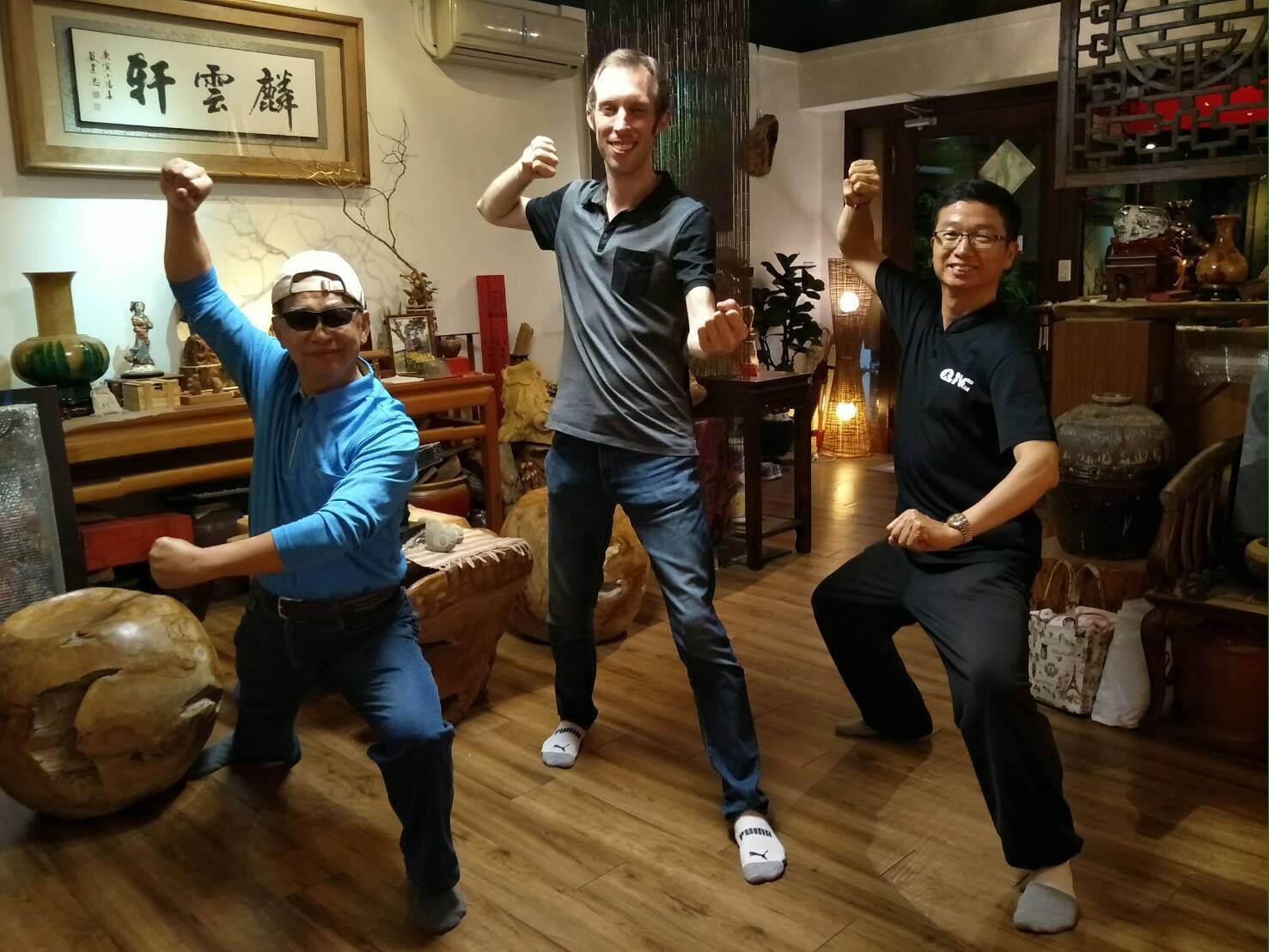 Show me your moves 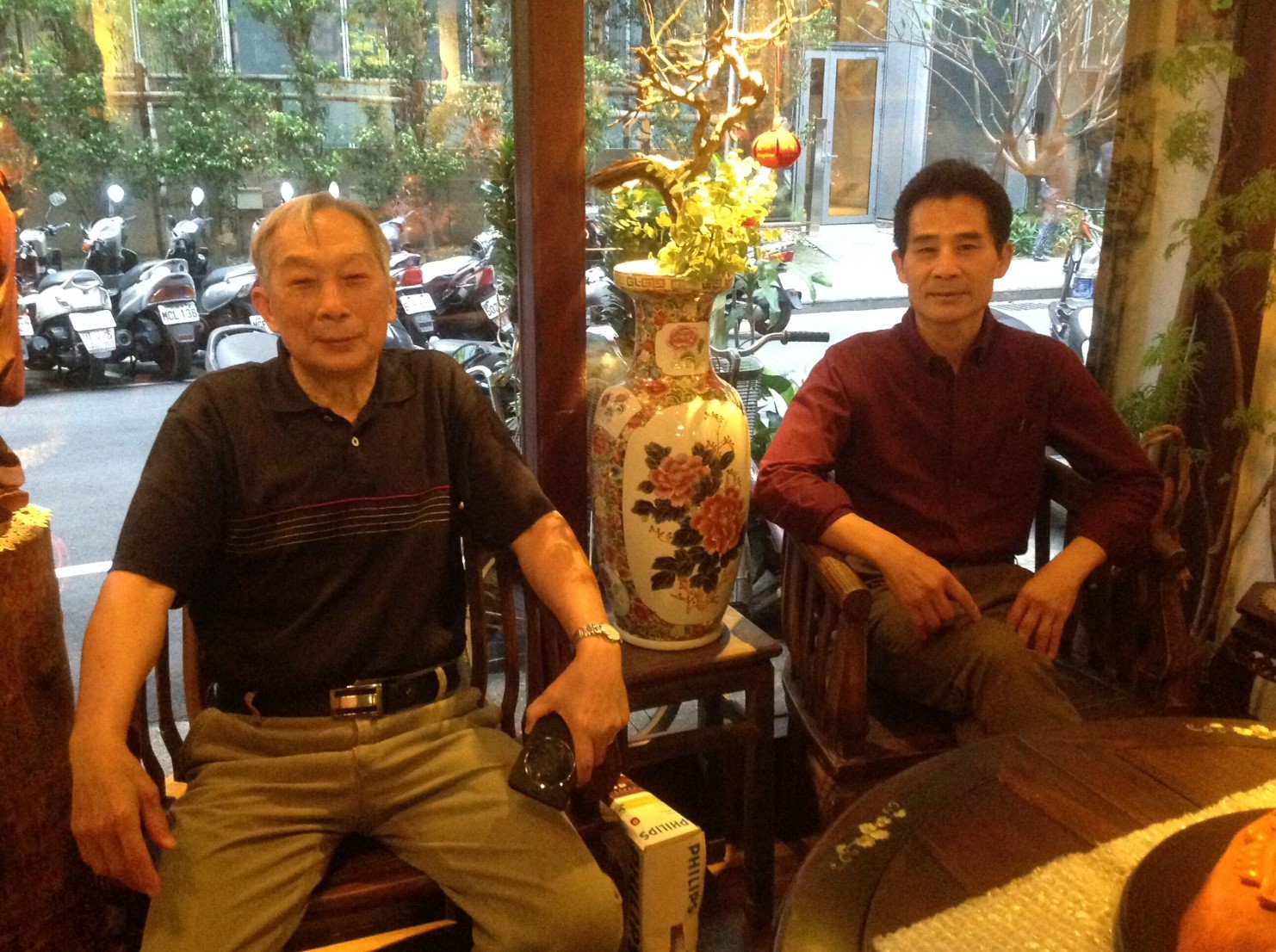 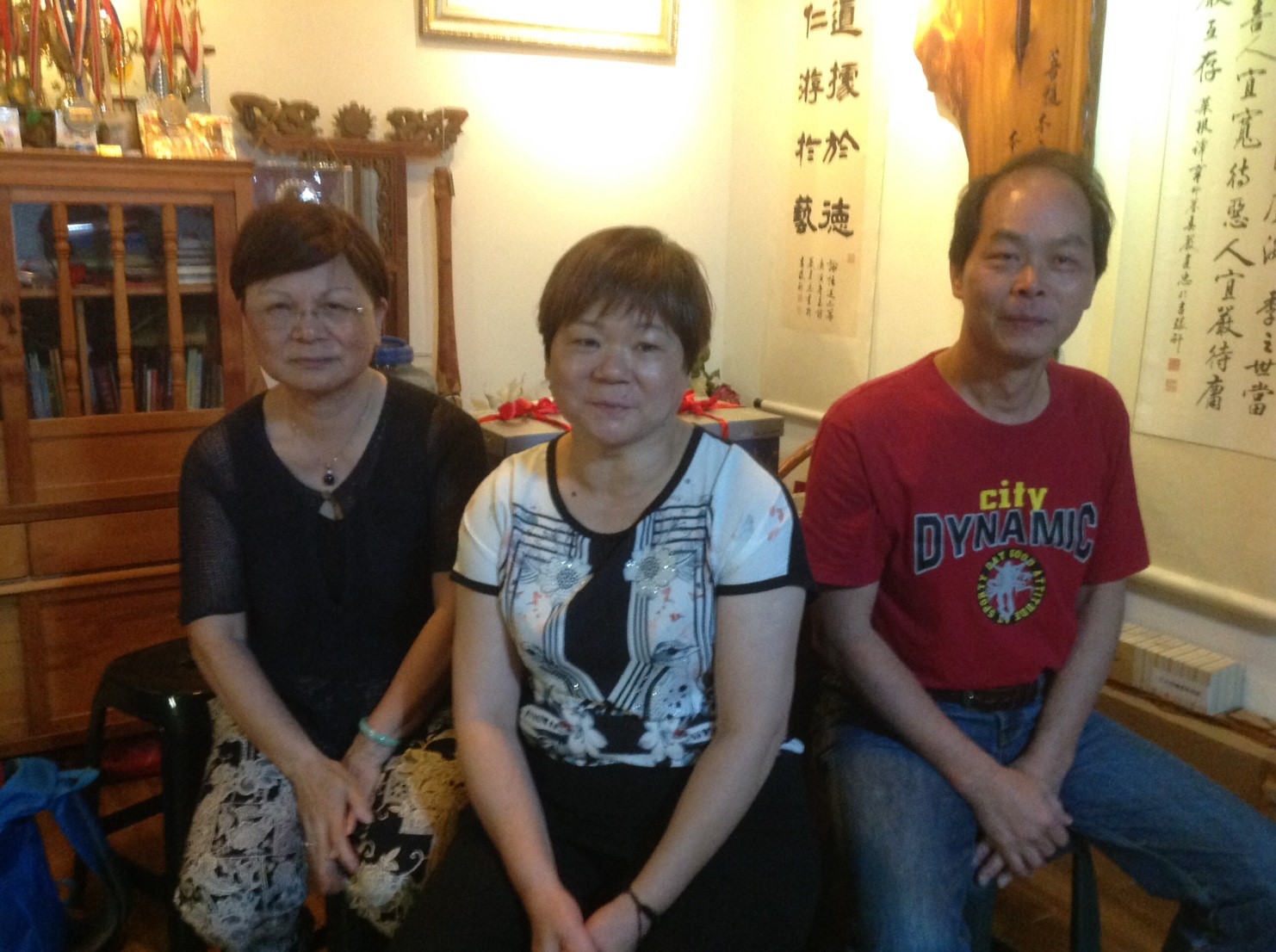 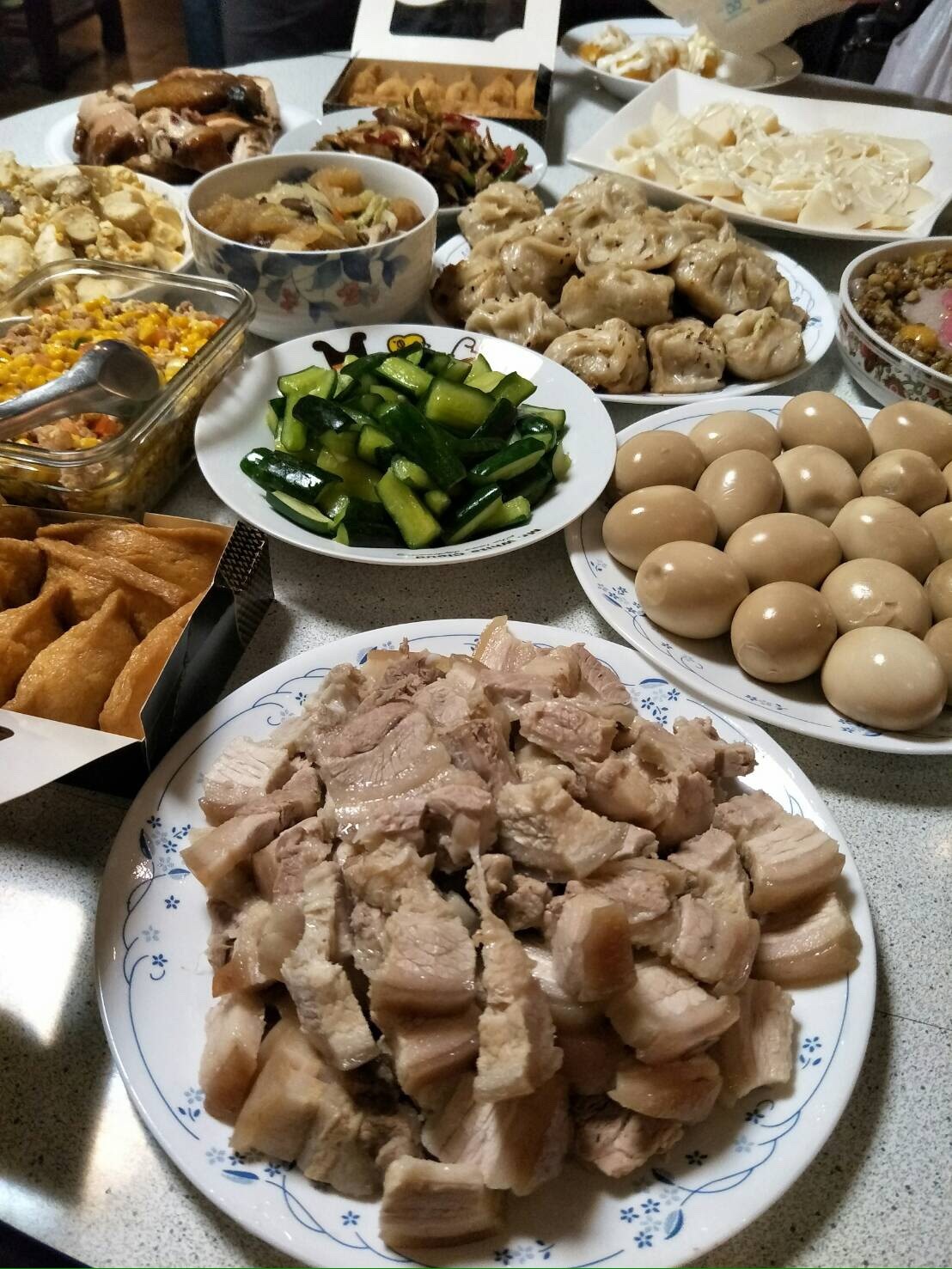 These trips were great for bonding. During the hikes it is easy to strike up conversations with fellow classmates, learn more about them, and share your own story.