The Buddhist Library and Teachers Retreat

Shortly after beginning work at Akasa, Yitsen visited Taipei. One night after work, full of enthusiasm and pep, she took me to a Buddhist Library (佛陀教育基金會). The library holds talks everyday and gives away free books about Buddhism in many different languages. Many of the speakers are monks, but there are also some lay speakers.

Yitsen was excited to introduce this place to me. One of speakers, Zheng Shiyan, has been instrumental in her study of Buddhism. He is an author and teacher who has learned Buddhism from a young age in Taiwan and studied Western psychology at Ohio State University in the United States. His many books are about the intersection of Buddhism and psychology.

The night I went to the library with Yitsen, a man named Jian Fengwen was speaking. I didn’t understand a lot of what he was talking about, but the people in the audience seemed to be enjoying it. After his talk, Yitsen introduced us to him, and asked if he knew anyone who could teach me Buddhism. He gave a name of someone whom I later called, but it didn’t work out.

After being introduced to the library by Yitsen, Ama and I attended talks at the library twice a week, once on Tuesdays to hear Jian Fengwen and once on Fridays to hear Zheng Shiyan. Zhenshi Yan had a relaxed and easy-going manner as he strolled up to the front of the room. There were usually several dozen people present at his talks, much more than on Tuesdays.

His talks were about something he had coined, “Consciousness-Only Psychology” (唯識心理學). Consciousness-Only (also called Yogachara) is an ancient branch of Buddhism similar to psychology. Professor Zheng had studied Western psychology in-depth and he used it in his talks to make Buddhism more relatable. He primarily spoke about his own life experiences and related them back to Buddhism. He reminded me of Wayne Dyer, another author-psychologist and one of my favorite spiritual teachers.

One of the topics Zheng Shiyan frequently talked about was transforming ordinary knowledge into wisdom (轉識成智). “When I was a high school student in Yilan, I sold fruit,” he said. “One day, I met another person who was selling vegetables in Taipei and making more money than me. I asked him how he could do that, and he told me the name of the market at which he sold and how he transported the vegetables. And just like that, I changed the way I operated and began selling my fruit in the same Taipei market and making more money.” I liked how this story was very relatable and at the same time demonstrated the principle of transforming knowledge into wisdom.

Professor Zheng used the following analogy to explain why people should not compare with one another: “There are big flowers and there are small flowers. It makes no sense for one flower to be jealous and comparing itself to other flowers, each one is perfect.”

I liked that professor Zheng frequently referenced western authors, researchers, and teachers in his talks. Raymond Moody, the American author of Life After Life, a book about near-death experiences and what allegedly happens in the afterlife, is frequently cited during Zheng Shiyan’s lectures. He also mentions Dale Carnegie, Carl Jung, Sigmund Freud, and many others.

Listening to Zheng Shiyan’s talks made Buddhism more accessible and relevant to me. Until this point, most of the talks I had listened to about Buddhism by Master Chin Kung or Venerable Wu Dao espoused holding oneself to high standards, like not creating bad karma. Whereas these ideals were quite lofty, the ideas of Professor Zheng seemed more attainable.

In the middle of July 2018, I attended a three-day Buddhist retreat for teachers organized by the Buddhist Library. The weekend consisted of listening to talks from monks and none other than professor Zheng Shiyan.

The retreat was held on the outskirts of Taipei in a rural, mountainous area of Shenkeng district, at Hwadzan Education Center. The center consisted of  several buildings that included a temple, dining hall, and dormitories. The buildings were situated on a hill so that you had to walk up and down the hill to get to the difference buildings.

The first speaker was a young-looking monk named Venerable Jian Qiao. I guessed he was about my age, however, it was often hard to guess a monk’s age in Taiwan since they didn’t seem to grow old. He could have been closer to 45 than 35. His lectures were focused on Buddhist concepts concerned with form:

During lunch one day, one of Yitsen’s friends, who was also attending the talk, introduced me to this monk and told him about my translation work on Governing Principles of Ancient China. He told me I had a very long road ahead of me. He also offered some encouragement by saying, “外語沒有難度，只有熟悉度。” (Learning a foreign language is not a matter of difficulty, it is a matter of familiarity.) In my experience, this is true, it is not necessarily difficult to learn another language, it is mostly about spending enough time with the language, not getting down on yourself when you don’t understand yet, and continuous practice.

The second speaker was Venerable Kuan Qian. She was a strong-looking woman who I guessed was in her fifties. Her talks were about Consciousness-Only Buddhism, which she explained using her own system of pictures and diagrams. Her style was very down-to-earth, matter of fact, and humble. The names of her talks were “Consciousness-Only & Life,” “Using Wisdom to Guide Emotions: A Discussion on Cultivating EQ,” and “The Essence of Awakening & Education.” I learned a great deal about Consciousness-Only Buddhism from her; more on what I learned below.

Venerable Kuan Qian (this video is from the lecture I attended)

Consciousness-Only was developed by the Buddhist monk Vasubandhu and his brother in ancient India. It was brought to China by the Chinese monk translator Xuanzang (玄奘) who is famously portrayed in the Chinese classic Journey to the West. His disciple, Kuiji, helped with the translation and dissemination, which is why we still have Consciousness-Only today.

There are eight levels of consciousness in the Consciousness-Only system: the five senses, thought, manas, and storehouse consciousness. The following is an explanation of each of these.

What I enjoyed most about Venerable Kuan Qian’s talks was the tidbits of thought-provoking information gleaned from a concept of reality explained by Consciousness-Only:

In between talks, I liked to walk around the grounds. The foliage was so green and lush, and it was very peaceful. 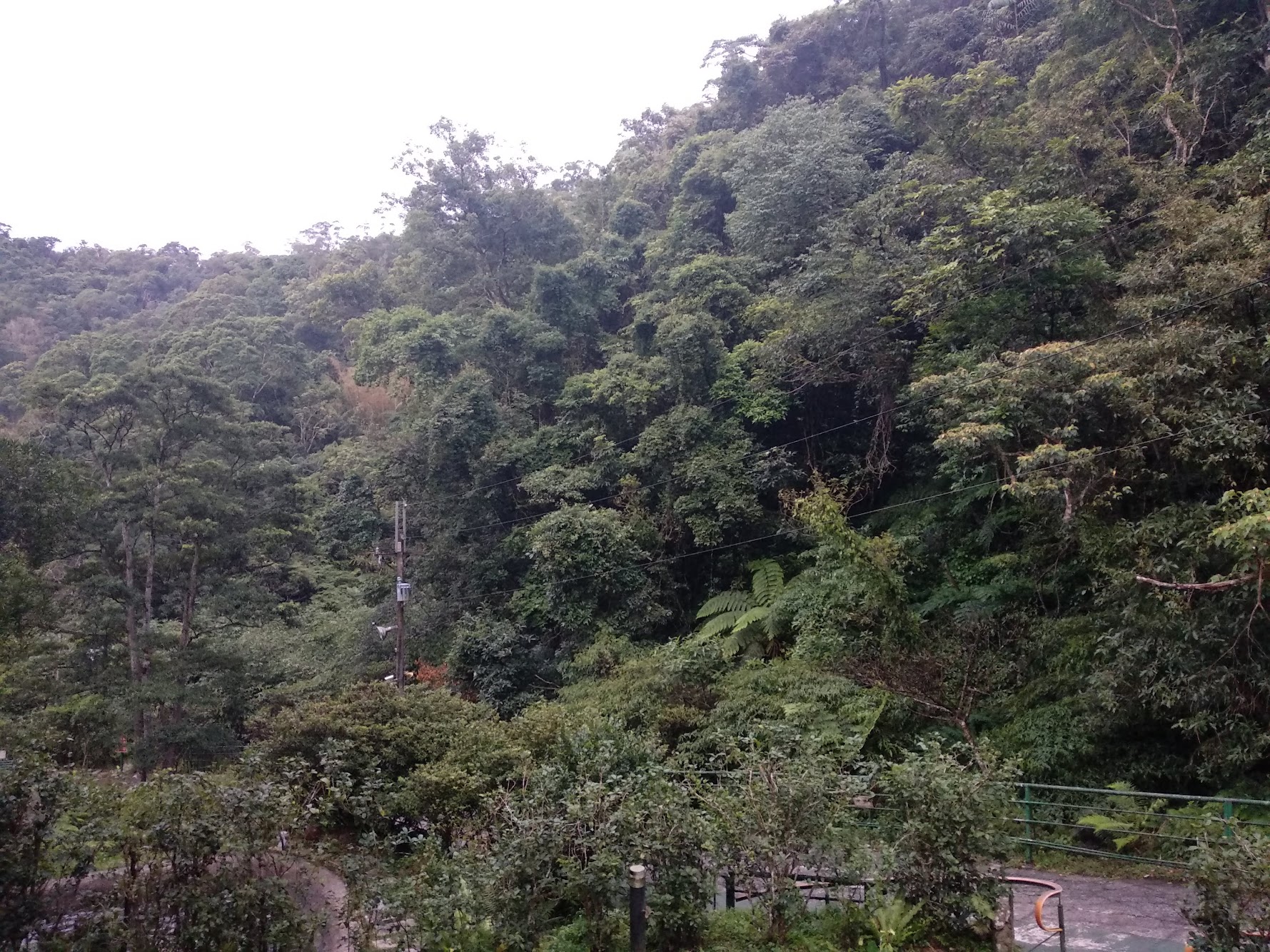 Outside of the lecture hall there were books about Buddhism. I picked one up by American author and Buddhist practitioner Jack Kornfield and opened it up to a random page. The two lines I read really resonated with me (see images below). 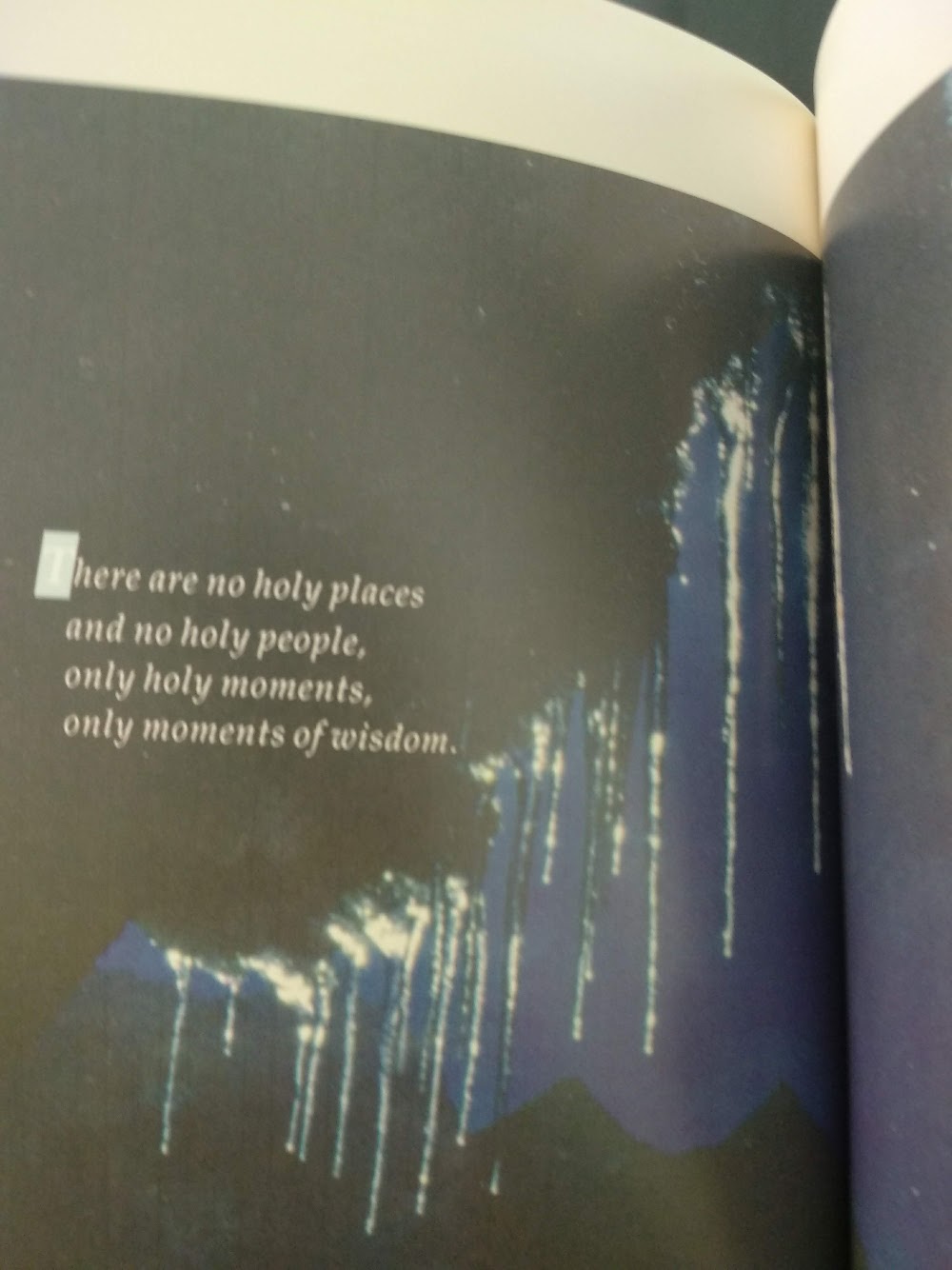 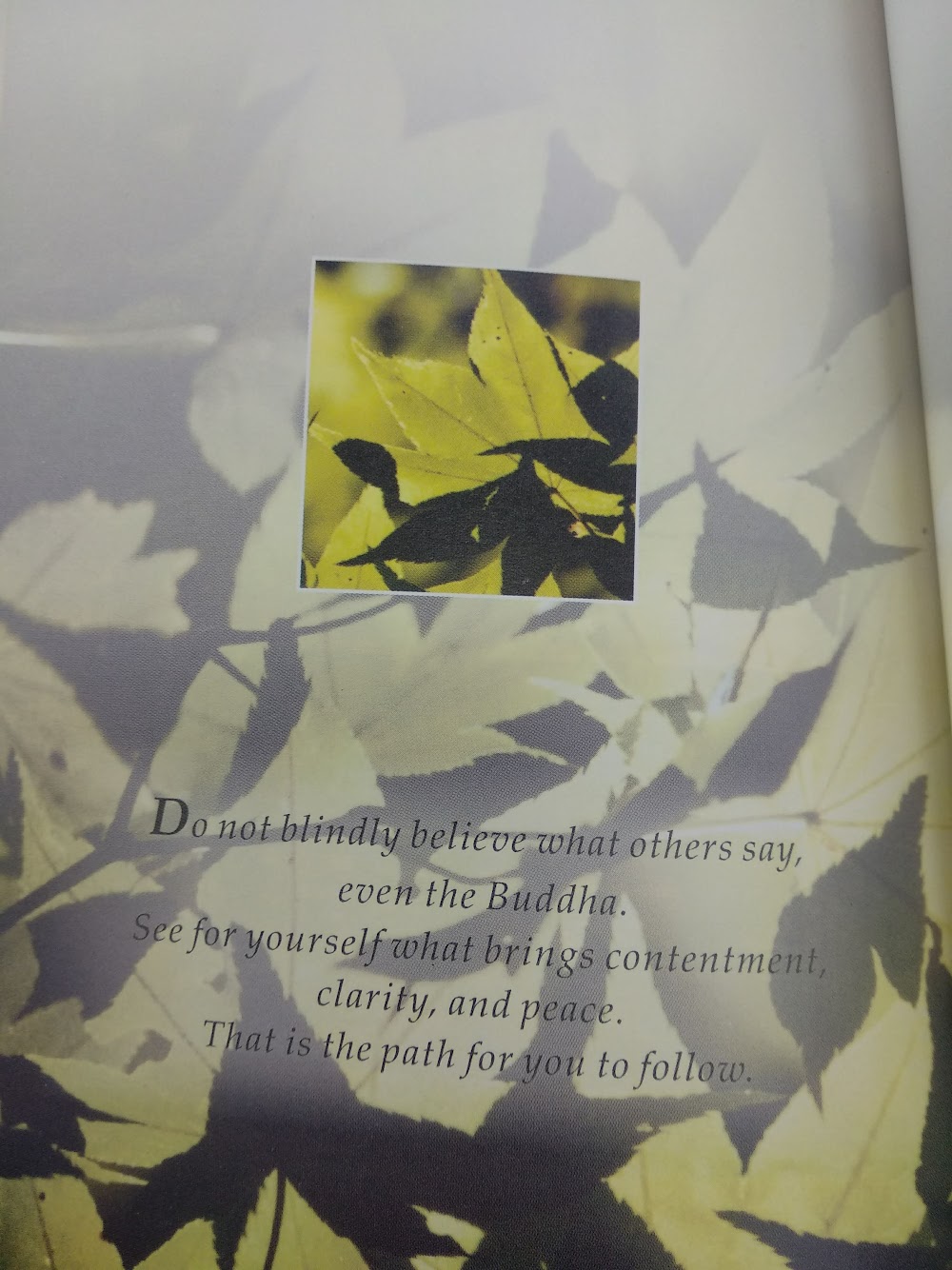 A Happy Career in Education

The last speaker at the retreat was Professor Zheng Shiyan. His talk was entitled “A Happy Career in Education.” As a lifelong teacher from middle school up through college, he had many experiences and knowledge to impart to the teachers in attendance. Although I couldn’t understand everything he was talking about, it seemed he was emphasizing the important role teachers played in passing on knowledge on from one generation to the next.

His talk was peppered with Buddhist terminology used in the teacher-student context:

One of the main points of his talk was that love is the nourishment of life. He explained this using his childhood memory of his mother brining joy to him and his family during the Autumn Festival. His mother was uneducated and could not read, but she would listen to talks by the Buddhist monks and understand a little bit and try to practice the teachings. Her family was too poor to afford mooncakes, a traditional food eaten at that time of year, usually made from bean paste. So his mother, without telling her kids why, said they were going to make their own mooncakes that year using sweet potatoes. The mooncakes were a huge success with the kids and this was one of Professor Zheng’s fondest Autumn Festival memories.

Professor Zheng Shiyan (this video is from the lecture I attended)

The aspect I enjoyed the most about the Buddhist Library and the teachers retreat was the emphasis on learning. The monks and lay people spent large chunks of time teaching and the audience members I met were all eager, respectful learners focused on soaking up what knowledge and wisdom they could. I felt very blessed to have stumbled upon such a group of people so intent on bettering themselves and the world around them.

Driving back down the mountains to the Taipei basin I felt much lighter than when I had left. Buddhism didn’t have to be so serious.