Early May, 2013: In the mountains of old Anhui province, my friends, brother and I navigated the ancient merchant trail used for transporting goods between Anhui Province to Zhejiang Province. The trail is known as the Hui Hang Caravan Trail, or Huihang Gu Dao (徽杭古道).

The trail is now a travel destination complete with rustic lodging along the path. Owing to hiking during the week, the trial was pleasantly mostly empty, save for old women selling nuts and water. Here’s how the adventure went. 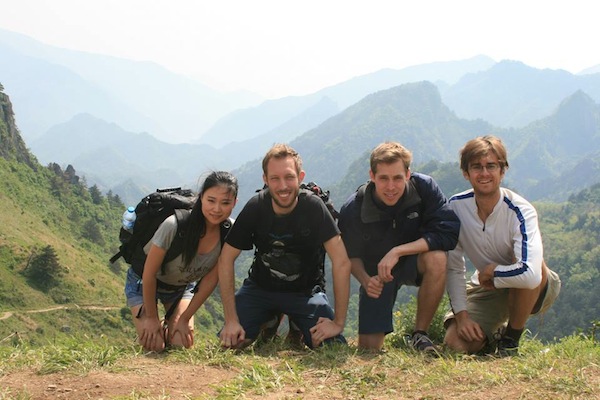 The city of Jixi (绩溪) is located in Southern Anhui province, a four hour’s drive west of Shanghai off of the G56 freeway. It is here, nestled in the valley of the river that runs through Jixi that quality accommodation may be found.

After spending China’s labor day holiday in Nanjing, the capital of China during the days of Chiang Kai-Shek, we rented a car for 150RMB per day and drove south through the mountains of Anhui, to Jixi, stopping only once for a country-style meal of mushrooms and asparagus lettuce.

We arrived around ten at night, and after scoping out all the hotels in a half a kilometer radius (about five), we settled on one for 30 RMB per night. 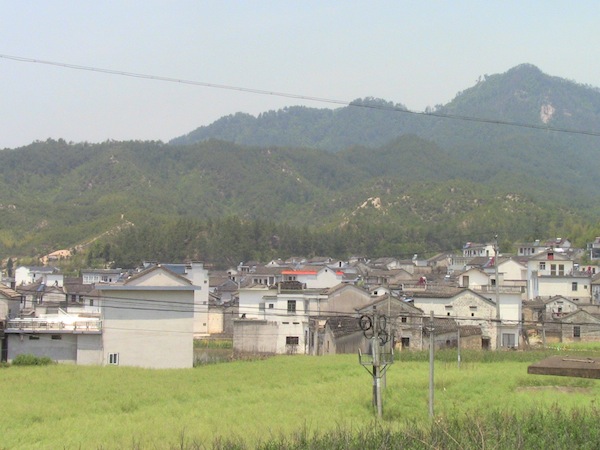 Fu Ling village, also known as Fu Ling Zhen (伏岭镇) is located at the foot of the Qingliang Peak national reserve, and can be reached by a twenty-minute taxi ride, as well as by public bus (I am not sure on the bus details, but I’ve read buses go to these small villages at the foot of the mountains).

Before starting out on the trail we bought some apples, oranges, and chocolate at a local convenience store. 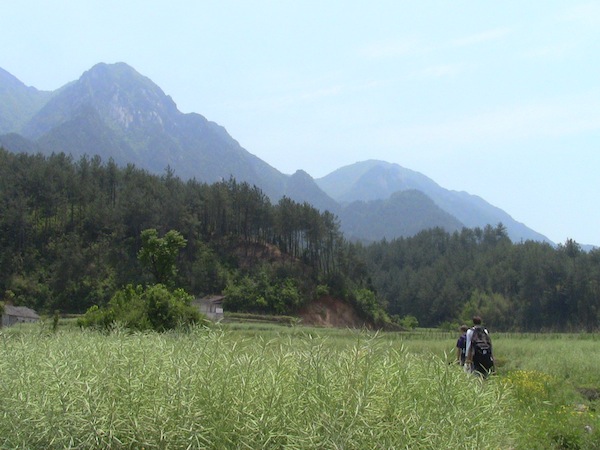 After hiking for only thirty minutes we arrived at the Hui Hang Caravan Trail park entrance and ticket gate. It was 80 RMB per person to buy a ticket and go in, though we found that no one checked our tickets even once—this was likely due to the fact that it was a weekday. 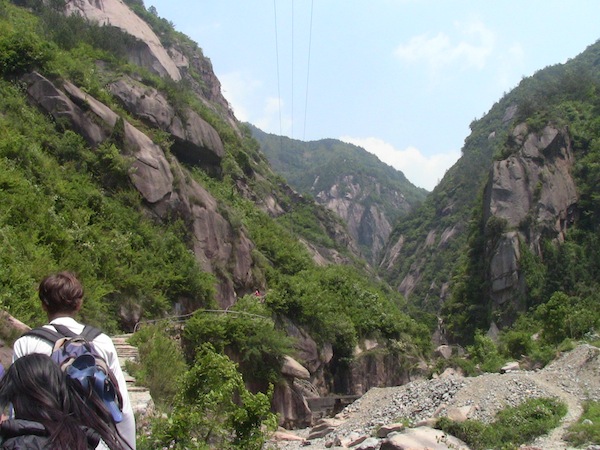 After passing through the ticket entrance, the trail went up through a ravine. The water below was very clear and definitely worth a dip. 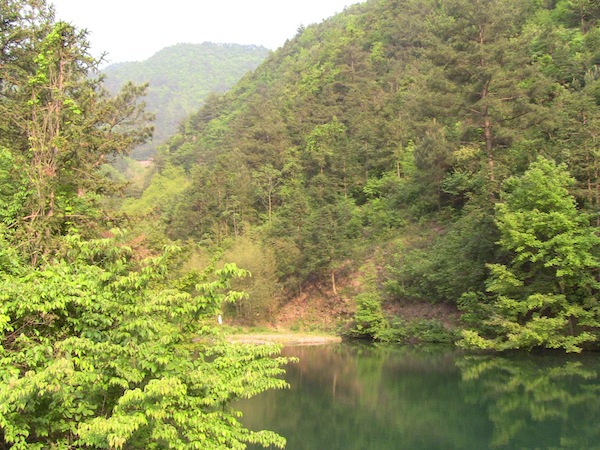 Lunch at the Jiangnan Inn

After hiking for some time we found a small restaurant to eat at. Thankfully we were tired and hungry enough by this point therefore the food tasted great. We again had asparagus lettuce and mushrooms.

The hike from the inn to Lan Tian Ao—which translates roughly as Sunken Blue Sky, took two to three hours and was the longest part of the hike. The western part was mostly flat, but the trail rose steeply towards the east end.

Around the site known as Lan Tian Ao, one can find many guesthouses. We paid about 80 RMB for a bed, dinner, and breakfast.

Upon arrival at Lan Tian Ao, hill people selling their wares greeted us. Their pecans and walnuts were delicious and a fair price so we bought some.

The name Lan Tian Ao comes from the shape that the mountains and sky make from the vantage point of Lan Tian Ao. Looking east, across the Anhui-Zhejiang border, the horizon with the mountains makes a shape like the character Ao (凹). See picture below. 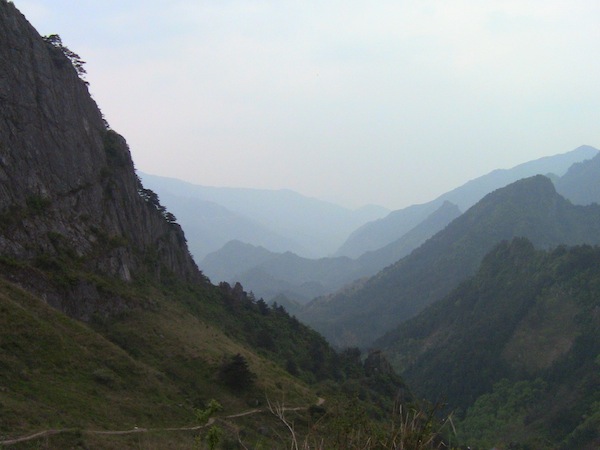 After spending the night at one of several guesthouses at the top of the mountain, we began our journey home at 9 am. We were the only group staying at our guesthouse that night, but a guesthouse next to us was hosting a group of 30 college students.

By 1 pm we had descended out of the mountains, while also stopping for another dip in a mountain-water pool. We ate lunch back in Jixi and were on the road back to Nanjing by 3 or 4 pm.

After 300 km of driving through the mountains of Anhui, five hours later, we made it back to Nanjing so that my friends could catch their night trains back to Beijing and Jiangxi province respectively.

How to Get to Hui Hang Caravan Trail

One may enter Hui Hang Caravan Trail from the east or the west. If you are coming from the west as we did, first make for the city of Jixi. Trains and buses from Hangzhou, Shanghai, and Nanjing run to Jixi. After arriving in Jixi take a taxi or a bus to Fu Ling village.

From here you can hike to the entrance of the trail. Characters like this: “古道” are scrawled on the walls of the village with red arrows pointing the way.

Click the markers in the map below for the name of each location.

If you have any questions about Hui Hang Caravan Trail or travel in China, leave them in the comment section below and we will reply!