How to Rent a Car and Drive in China

Last weekend I rented a car at the local 一嗨租车 (yī hǎi zū chē) “One Hey” Rent-A-Car. They have outlets all over China. When I went to rent the car on Saturday I was told all the cars were gone so I booked a car for Sunday. When I arrived Sunday morning with my friend all the cars were again booked. Business is good. It was a mere 200 RMB ($30) to rent the car for 24 hours. Gas is about the same price as it is in the United States. The only things needed to rent a car are a passport, a 3,000 RMB deposit, and a Chinese driver’s license. More on how to get this later. I am told it is not possible to rent a car in China without a Chinese driver’s license.

The Drive to Mogan Shan 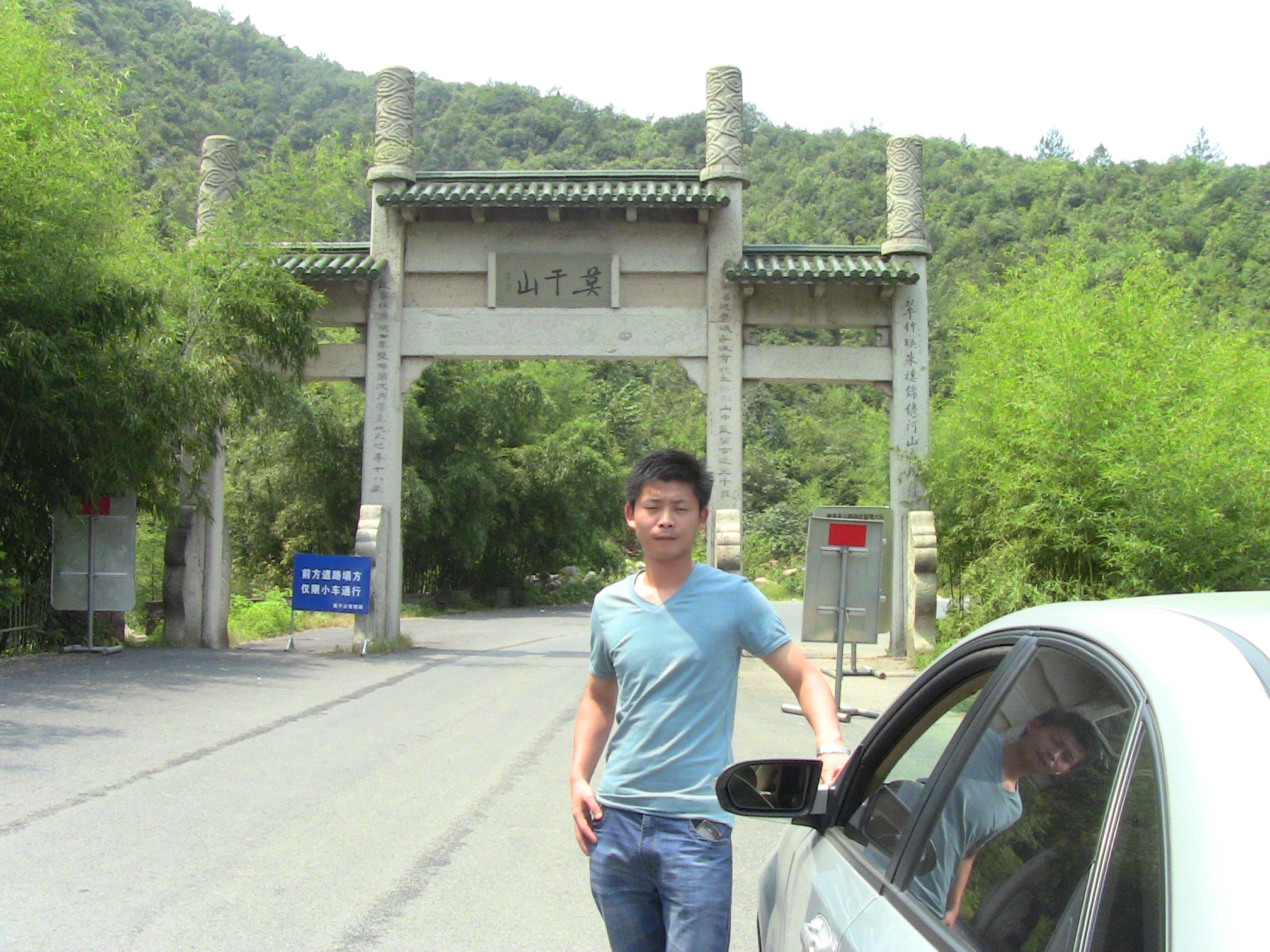 My friend, William, and I drove to Mogan Shan, which is 200 kilometers west of Shanghai and 100 kilometers west of Jiaxing via the back roads rather than the interstate (China has more tolls than any country in the world, and as a result it’s one of the most expensive places to own a car). The back roads got us there in two and a half hours and we only got lost once. I had printed a map and directions from Google Maps but we still got turned around once looking for a road by the wrong name. My friend’s phone’s map function was terrible at showing the names of roads and could not zoom in close enough, so he ended up using the Google Maps app on my phone which worked well. His phone however did come in handy for warning us when cameras were coming up.

Seldom-Followed Rules of the Road

Many roads in China have cameras that take a picture of a car’s license plate and have a system for recording a car’s speed. If you are driving ten percent over the speed limit you may receive a fine in the mail and a picture of you speeding. As a result smart phones are equipped with camera-warning technology. William was utilizing the Baidu Maps (the Google Maps of China) app which tells you to slow down when approaching a camera. This happens every few kilometers.

If you’ve ever been to China you will know that the driving looks chaotic, and it is. Though most of the driving rules are the same as they are in the United States, like with life and business in China, if everyone followed the rules no one would get anywhere and nothing would get done. There are just too many people. People in China drive like they walk, there is a rhythm and everyone goes with the flow. Normal driving  practices such as those in the US do not work here. Everyone is constantly cutting each other off and everyone is constantly making room for one more car. Passing on the shoulder, stopping randomly in the middle of the road, driving down the sidewalk, and making left-hand turns in front of oncoming traffic are all perfectly acceptable in China. They may cause an accident or two once in a while, but usually people are going slow enough to avoid accidents. Despite all the poor decisions I saw being made along the way, we were able to drive safely to Mogan Shan.

Mogan Shan was a retreat in the mountains west of Shanghai for the likes of Chiang Kai Shek and Mao Zedong. Before that it was also a summer retreat for many British and Americans living in China. Some Shanghai elite allegedly bought the top of the mountain in the 1800s for fifty dollars. It is sea of bamboo forests in the hills, filled with abandoned villas, and is considerably cooler than life on the plains. There were plenty of people when we arrived in the afternoon but by five pm we were some of the only tourists left on the mountain. I think during the week it is fairly dead. In the future I would like to pack a sleeping bag and tent and try to camp in the surrounding countryside, besides Mount Mogan the surrounding hills and forest do not appear to be touristy. 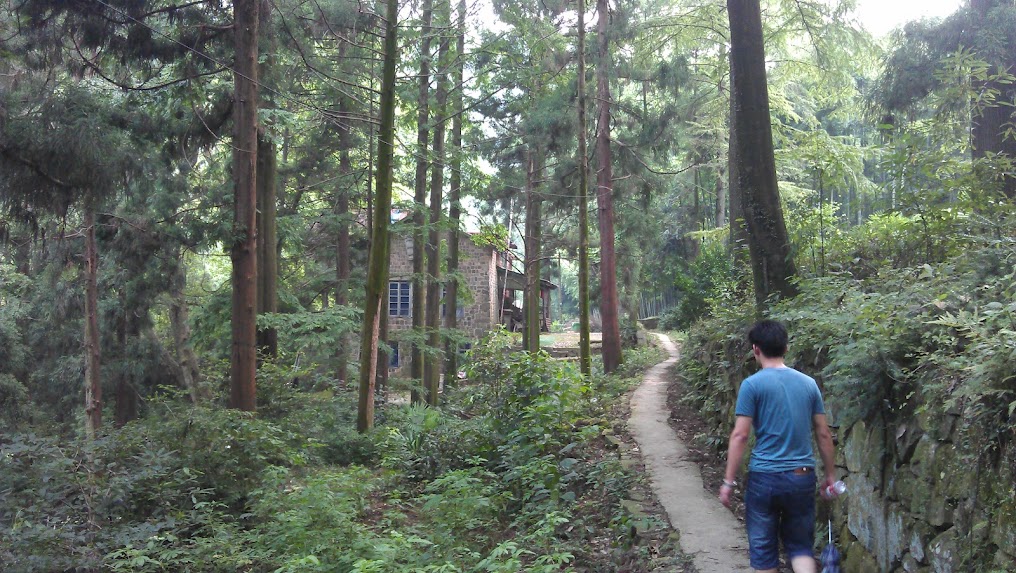 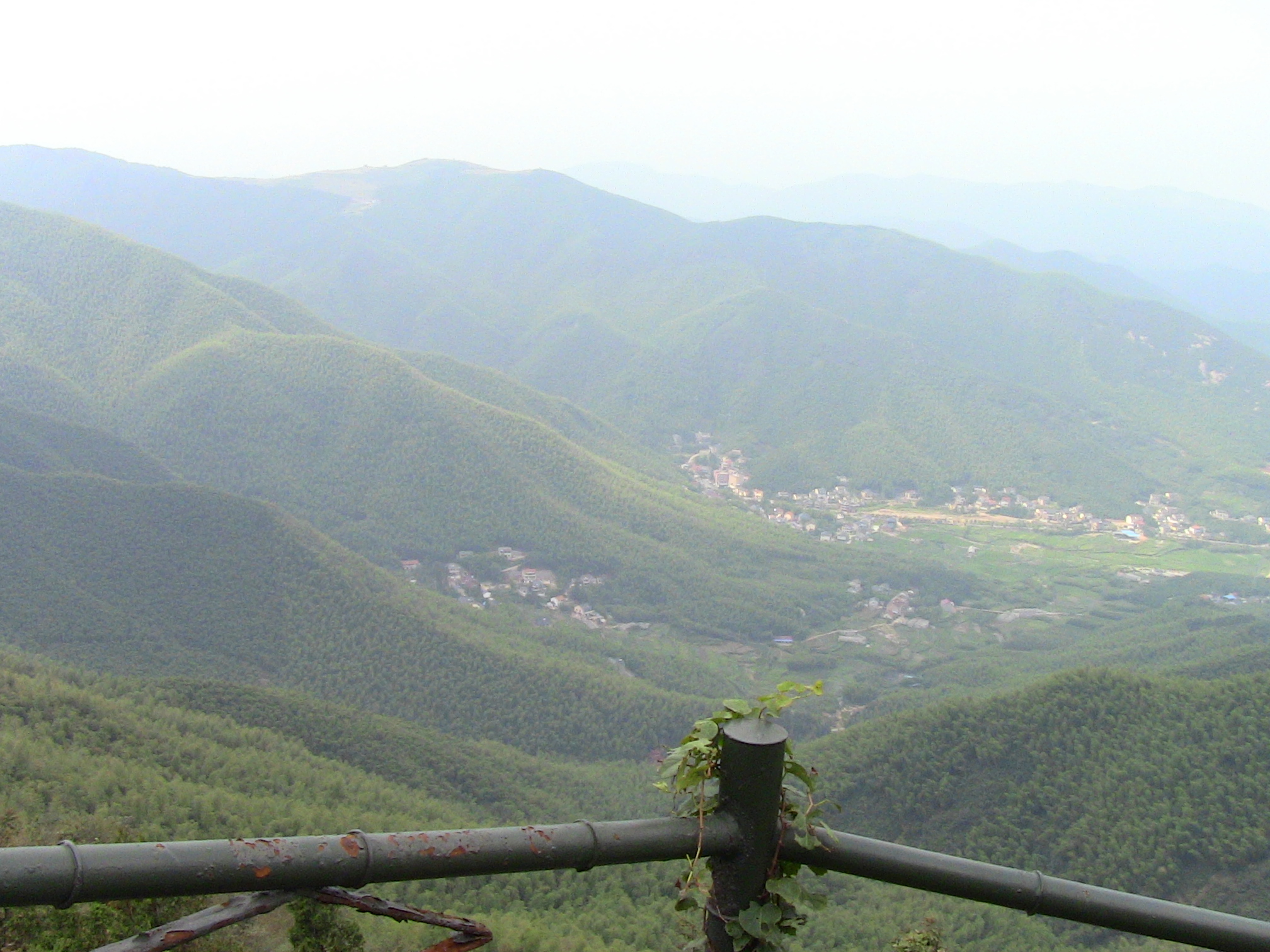 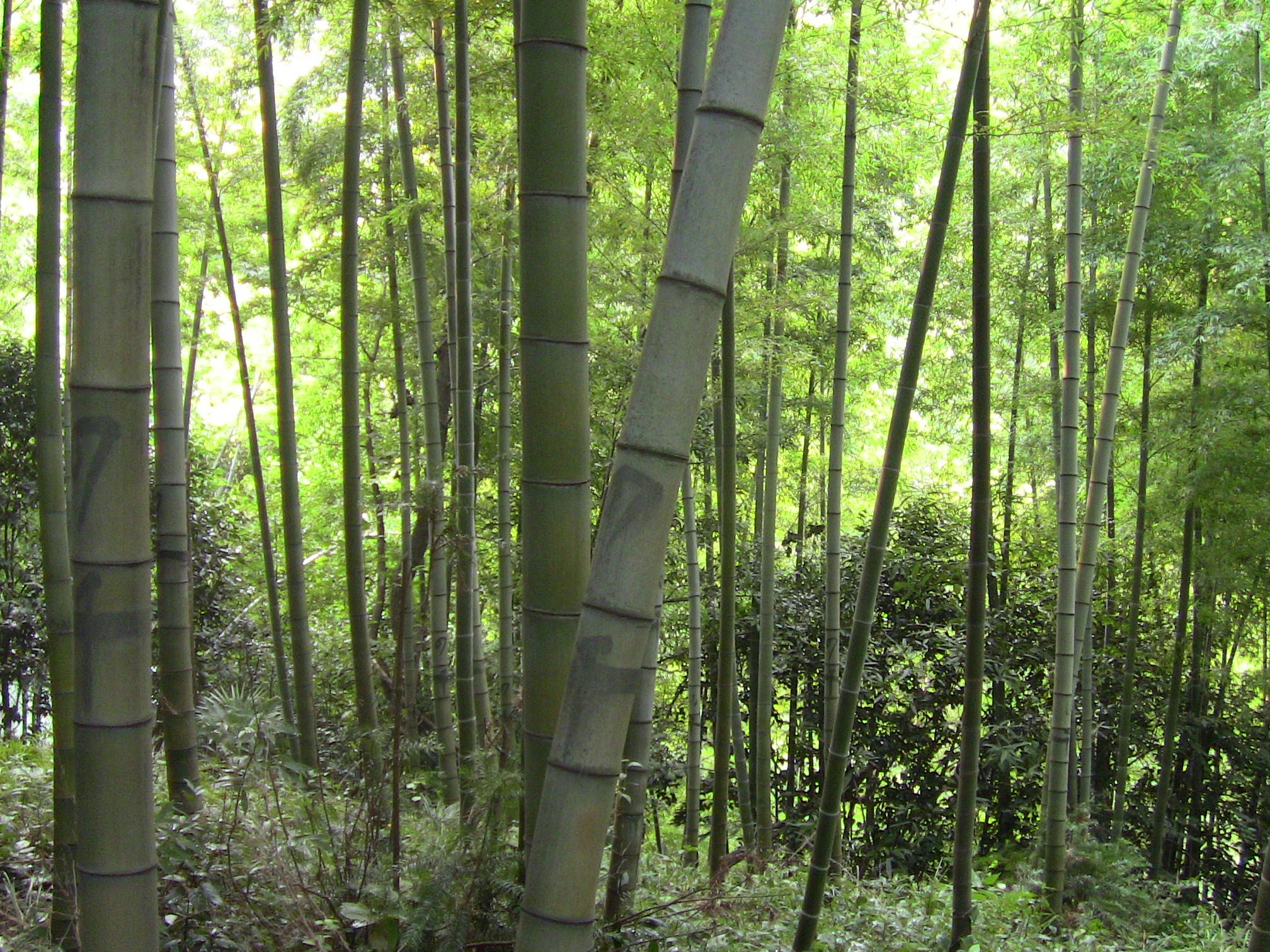 Getting a Chinese Driver’s License

I got my license by studying for six months off and on, failing the test by one point (90% is passing), and then retaking it a few days later and passing. What makes the test tough are the bad English translations. There are many vague questions where the right and wrong answers are worded practically the same way. There are even some questions where the right answer is actually wrong and the wrong answer is actually right. Besides these questions it is also necessary to remember how much money you can be fined for specific illegal driving actions, other punishments, and lots of regulations.

Fortunately there are also lots of questions where the questions mean choosing between answers such as these: “Speed up and pass at all costs even if it means hitting pedestrians” or “Slow down and stop if necessary.” I seem to remember a few questions of this flavor on the test I took in high school back home in the US as well though, but not as many as were on the test in China.

If you are thinking of taking the Chinese driving test I recommend this website: chinesedrivingtest.com. My co-worker was able to pass his first time by taking this practice test a few times the night before the real test and going over the questions he got wrong. There was also some luck involved though as he didn’t get too many poorly translated questions which would have thrown him off.

As you prepare for the test you will also need to prepare some very specific documents. Go to the Department of Motor Vehicles (DMV) in the city you live in and get a list of the necessary documents. You will need your passport and license from your home country translated by a specific translation agency designated by the DMV. In addition to this, you will need to do a medical check at the DMV. If you have any serious conditions, such as color blindness, you will need to be sent to a doctor’s office (outside the DMV) and have a letter signed by them, stating you are indeed color blind. Simply telling them you are aware you are color blind will not cut it. Once you have all your documents in order (passport, translations, medical exam report) you pay a fee (it wasn’t more than a few hundred RMB combined) and you’re in! Good luck!

For a look at what some of the questions on the Chinese driver’s test are, check out this NPR article.